DUNROBIN – It’s been a century of advocacy, community volunteering and a bit of partying for the Dunrobin and District’s Women’s Institute (WI).

“We have lots of fun, we look after our neighbours and we advocate,” WI President Beth McEwen told West Carleton Online. “The partying is nice, but the advocacy is important.”

And in true WI fashion, the group focused their anniversary on the history of Dunrobin, rather than themselves. On Saturday, May 26, WI members from around eastern Ontario, Younghusband family members, politicians and community members with fond recollections gathered at the former site of Younghusband’s store at the intersection of Dunrobin Side Road and Thomas A. Dolan Parkway to dedicate an historical plaque in honour of the important community hub.

The store was the hub of what would grow in to being known as Dunrobin. Mr. and Mrs. Henry Younghusband opened their store in 1861. In 1864 the couple became the area’s first postmasters and named the post office Dunrobin after Mrs. Younghusband’s birth place in Scotland. The Younghusband family sold the store more than 100 years later in 1985. The store was torn down in 2008.

Ban Younghusband, son of storeowners Irving and Edna, the fourth generation of Younghusbands to own the store, came from Newfoundland to be a part of the dedication.

“I never really worked in the store,” the 74-year-old said. “Trying to be nice to people I don’t know was difficult to me. I preferred to work on the local farms and drive tractors.”

Which Ban did, working many years on nearby George Kennedy’s farm.

Ban and his family lived kitty corner from the store.

“Our whole life was between here and there,” Ban said pointing to the home across the street.

Ban has lots of fond memories of the family store slash community hub.

“At Christmas there was always a lot of bulk candy around,” Ban said. “Great for a teenage boy, not so great for my dentist.”

But Ban’s memories mostly revolve around the people in the community.

“My best friends here are still my best friends,” said Ban, who has spent the last 40 years living in St. John’s. “The important people in my life were here.”

MPP Jack MacLaren was on hand to present a certificate to the WI for their incredible historical achievement.

“For 100 years you have been helping family and helping the community,” he told the crowd. “The Women’s Institute is an organization that’s a part of the founding of Canada.”

Before the party started tough, like they do at every meeting, the group recited The Women’s Institute Ode followed by a few words from MP Karen McCrimmon.

“I think, for what I face in Parliament every day, we need more of this,” she told the crowd in reference to the ode. “Leadership is about setting examples. You have been setting that example for years. We’re seeing change happen, but it’s because of the work you’ve done over the last 100 years.”

“Congratulation and have a great celebration,” he told the crowd.

Dunrobin Women’s Institute member and Liberal provincial election candidate Stephanie Maghnam was proud to be part of the celebration.

The site of the former Younghusband store, now a green space, will be the home of the historical plaque. More rocks will be placed at the location as well as a hitching post. Another historical plaque from 1908 that was affixed to a nearby bridge will also be installed at the green space.

“It’s great to have the community actually care,” McEwen said of the dedication. “There’s work to be done to keep the community growing.”

As tea wound down, McEwen was pleased with the party.

“It was more people than we expected,” she said. “Everyone here is totally immersed in Dunrobin. Younghusband’s store was a big community hub. We wanted to do something for the anniversary that wasn’t just about us. We’ve met some really nice people doing this.” 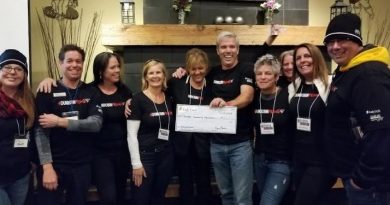 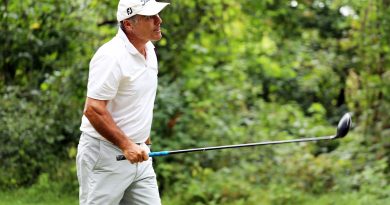 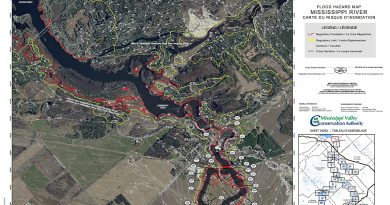