CITY HALL – City of Ottawa council approved the 2021 draft budget at a special council meeting today (Nov. 4), a budget that sticks to a three per cent increase over last year’s.

Today’s motion was the final step in the draft budget process ongoing since the summer. Last Thursday (Oct. 29), Ward 5 Coun. Eli El-Chantiry hosted the Ward 5 draft budget consultation via a Zoom meeting, as is the style of the day.

The budget meeting fell on the same day as the Huntley Community Association annual general meeting and proved to be less of a draw peaking around 11 viewers at one time over the course of the roughly hour-long meeting. The attendance was barely higher than the number of presenters on hand (eight) to discuss the proposal.

As is traditional with all West Carleton budget-related issues, as well as all Ward 5 municipal elections, roads and infrastructure were the Number One issue – in that order.

Fitzroy Harbour’s Ken Holmes, a regular participant in budget meetings, a lobbyist for improved road conditions and a member of Ottawa’s citizen advisory committee, was on hand to make sure he voiced his concerns. He was not the only one to bring up roads during the virtual meeting.

“At the recent FEDCO meeting that approved the guidance for Budget 2021, it was directed the $57 million one-time increase in Federal Gas Tax revenues be allocated towards addressing the infrastructure renewal gap for roads, bridges,” Holmes told West Carleton Online after the meeting. “The deteriorating of our roads since Amalgamation is not new. In 2005 the Agriculture and Rural Affairs committee reported there had been a 15 per cent decrease in conditions of the rural roads over the period 2002 to 2005. This deterioration appears to have continued city-wide at nearly five per cent annual rate since amalgamation.”

Aside from the cost of fixing the roads growing each year, Holmes says there is a direct cost to motorists.

“North American automotive groups estimates roads that are deteriorated to the extent experienced in Ottawa cost the owner some $300 in extra maintenance and repair annually, for each vehicle,” Holmes said.

While the draft budget has an additional $9 million earmarked for roadwork, Holmes feels the city needs a long-term goal.

El-Chantiry countered with what is feasible for the taxpayer.

“At what cost can we catch up?” he said. “So people can’t afford their taxes?”

“We can do different thing, but as Eli said, at what cost?” she said. “We will consider all options.”

El-Chantiry says he knows some of West Carleton’s 805 kilometres of road are in bad shape.

“I totally agree, but the answer isn’t in the annual budget but in long-range planning,” Holmes said.

Ward consultations were held across the city over the last couple of weeks and today (Nov. 4), council approved the $3.94 billion 2021 draft budget.

“Draft Budget 2021 strikes a balance between supporting evolving community needs and delivering essential municipal services, while also advancing city council’s priorities in the face of COVID-19,” city staff released in a statement after this morning’s council meeting. “These investments are key to our community’s recovery and to Ottawa’s future prosperity.”

Mayor Jim Watson told council despite the ongoing, costly COVID-19 pandemic, “I made a commitment to residents to keep taxes low.”

The pandemic has led to revenue losses and unplanned costs for the city, resulting in a forecasted year-end deficit.

“The city acted quickly at the beginning of the pandemic,” reducing costs to help maintain a stable financial position and mitigate expenses despite declining revenues.

The first phase of the Ontario Safe Restart Agreement delivered $124.3 million in federal and provincial funding to Ottawa’s COVID-19 response efforts, helping to mitigate the impact on this year’s budget.

Watson says council will lobby hard to have the province pick up 100 per cent of COVID-19 related costs. But if they are unsuccessful, staff have a plan.

“We have financial mitigation strategies in place if the province does not cover the COVID-19 costs,” chief financial officer Wendy Stephenson said.

Watson calls the draft, which holds the increase over last year to three per cent, a “prudent, affordable and balanced budget.”

The three per cent increase means a roughly $115 increase to the average urban taxpayer and an $88 increase for rural residents who don’t pay in to the transportation levy.

“While Draft Budget 2021 protects and delivers the many municipal services residents depend on, new investments have been limited to ensure the city can continue to support public health measures and keep residents safe while positioning local businesses for economic recovery,” staff said. “The budget also limits the municipal tax increase to three per cent overall as directed by council – worth an estimated $52.7 million. By maintaining the approved tax cap, Ottawa will remain affordable for residents.”

If approved, the road resurfacing budget will be $45 million. For rural communities, $40 million in infrastructure is budgeted, on par with the yearly average of $39.7 million. Cyclists and pedestrians will see $12.6 million to improve active transportation facilities.

In response to severe winter weather challenges over the last years, a 2.8-per-cent increase for winter operations would bring next year’s total to $81.5 million.

Draft Budget 2021 commits another $15 million to develop more affordable and supportive housing for residents most in need, matching funding delivered in both 2019 and 2020 for a three-year total of $45 million. Ottawa has also secured $32 million in federal funding to help the city create affordable housing units quickly. With the city’s $15 million, that’s a record-setting $47 million capital investment in affordable housing in Ottawa. This capital investment will complement the $33 million that Draft Budget 2021 maintains in community-based housing and homelessness programs and supports.

The city is committing $2.6 million to fund 20 Energy Evolution projects that will help meet ambitious targets to reduce greenhouse gas emissions in Ottawa. The funding comes from the surplus from last year’s Hydro Ottawa dividend, and will be combined with any surplus from next year’s dividend.

Draft Budget 2021 includes a $3 million investment to energy retrofit city facilities across Ottawa – an investment that will help reduce energy use and costs, generating a net payback in about eight years. The budget also includes $1.5 million to plant about 125,000 trees.

To protect the health and well-being of Ottawa’s growing population, the city would hire 14 paramedics and procure emergency vehicles.

Draft Budget 2021 includes $6 million to deliver expanded rail service on Lines 1 and 2. It includes $6.2 million to support expanded service as part of Stage 2 and nearly $24 million to purchase and install fare control equipment for all three extensions, along with updates to allow Open Payments.

The cost of the EquiPass and the Community Pass for Ontario Disability Support Program recipients will remain frozen at 2018 rates for another year.

Draft Budget 2021 would include close to $8 million in renewal projects for parks, recreation facilities, theatres, museums, rinks and other such facilities across Ottawa.

“With continued partnership from the federal and provincial levels of governments, staff have delivered a budget that maintains the municipal services residents rely on,” Watson said. “It’s a plan to continue to grow the city, investing in infrastructure to connect neighbourhoods and build communities that are resilient, and supporting those in need with a record investment in affordable housing.”

To address the projected deficit, council approved deferring 33 capital projects to 2021 or later. This deferral will return $42.6 million to reserves and help address funding gaps if required.

“The year ahead poses challenges and contains many unknowns given the global uncertainty of the COVID-19 pandemic, but decades of careful financial stewardship have made Ottawa resilient,” city manager Steve Kanellakos said. “The Draft Budget 2021 is in line with council’s direction to limit tax increases to no more than three per cent and strikes a balance between supporting community needs during the pandemic, ensuring the essential delivery of city services for our residents and advancing council’s key priorities for our future prosperity and economic recovery.”

The proposed budget will be considered by all standing committees in the coming weeks, then adopted by council on Wednesday, Dec. 9.

You can have your say about the budget: 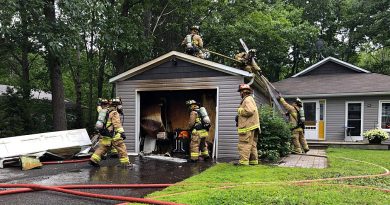