The CRCBIA is the association of commercial property owners and tenants working with the city to create a thriving, competitive and safe business community. The CRCBIA represents Ottawa’s largest light industry business park with more than 370 business and property owner members.

Bolivar spoke with West Carleton Online Thursday, April 9 just after a virtual board meeting with the organization.

“My strategy so far with providing value to members has been focused on making sure I understand what is going on, rules, programs, etc., and calling and sending emails to those members who have historically been most engaged with the business association and saying ‘call me if you need help,’” Bolivar told West Carleton Online. “The same message is available to all members in a pop up on the website.”

Bolivar says CRCBIA businesses’ first thoughts aren’t to call him though while “the house is still on fire.”

“I’ve heard a bit, but not a lot,” Bolivar said. “So, the last thing they are thinking is to call Roddy.”

The CRCBIA is somewhat rare as BIAs go. Of the 19 BIAs in the City of Ottawa, most represent businesses in the retail, hospitality and tourism industry.

The Carp Corridor is mostly light industrial, and because of that, many businesses located there were deemed essential by the provincial government.

“One of our companies closed after the provincial order,” Bolivar said. “The feds called and said ‘no, no, no, we need you.’ There is ongoing confusion.”

Despite the lack of calls coming in, Bolivar is being proactive.

“The early calls I am making I am asking ae you still open? Their rent situation, new programs,” Bolivar said. “The BIA is not the go-to resource for our businesses in terms of emergency programs. Everybody is different and the programs are moving at 100-miles-an-hour.”

On April 8, Bolivar participated in a Zoom (video conference) meeting with the rest of the city’s business improvement area.

Many of the light industrial businesses in the CRCBIA are not cash-and-carry businesses.

“Presumably they still have income coming in, in terms of invoices,” Bolivar said. “Because of that, we’re still essentially open.”

Bolivar is monitoring as best he can the businesses that are still open.

“There are a number of essential businesses in the corridor,” Bolivar said. “What I have done is contacted them and looked at many of the websites of those businesses. Most of them have a pop-up page with a corporate statement. They understand what they have to do to be safe and they’re doing it. They’re protecting their workers and their customers. They understand the health implications and the valued of their services and they’re doing it safely. It’s a delicate balance for me. I’m staying out of people’s hair.”

Bolivar says his hard work will begin once the pandemic is over.

“The BIAs were talking about this last week,” Bolivar said. “We’re going to show our value in the recovery phase. We can be bearers of the good news. Promote the business area and encourage people to come back. That’s where I’m looking to focus. Let’s be ready on Day One.”

Bolivar says one thing that could help new businesses is if the city ended the moratorium on issuing permits related to building and business.

“It would be better to issue permits with a constraint,” Bolivar said. “So, once it’s lifted, the economy can get going on Day One.”

Bolivar admits it’s a pretty fluid, unprecedented situation and the city “is doing the best they can.”

In the meantime, as the pandemic continues, Bolivar says the CRCBIA is doing what it can.

“The BIA is available to help all members,” he said. “Who knows what that is? A couple of calls have just been for a shoulder to cry on, but if that helps, we’re here.” 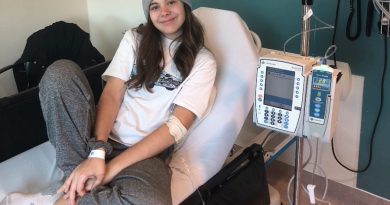 A sellout for Carp’s Kowalski fundraiser

Kinburn CA joining Clean Up the Capital campaign May 15 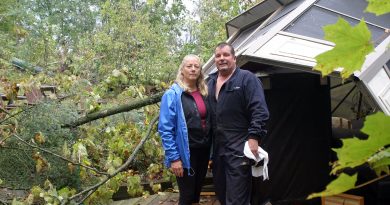