OPH says 32 people remain in hospital with the virus – six in intensive care.

Outbreaks at healthcare institutions are down to 28, while seven remain ongoing in childcare and school settings. Two community outbreaks linked to workplaces are also being monitored by OPH.

There are no new local deaths related to COVID-19 Monday, leaving Ottawa’s pandemic death toll at 422. Since March of 2020, 13,358 Ottawans have tested positive for COVID-19, and OPH says 12,266 of those cases have been resolved.

As of Monday, OPH says 26,337 COVID-19 vaccines have been administered in the city, even though its only received 25,350 of the Pfizer-BioNTech doses to date. The additional numbers come as healthcare officials have been able to get extra doses of the vaccine from the current vials.

Ontario is reporting 1,969 new cases of COVID-19 today, including 14 in the Eastern Ontario Health Unit, one in Renfrew County and none in the Leeds, Grenville and Lanark district.

International travellers will have to take a COVID-19 test upon arrival in Ontario starting today in a bid to stop contagious new variants of the virus from further infiltrating the province.

Premier Doug Ford praised the prime minister for announcing the new federal testing plan, but said Ontario would conduct its own traveller testing until Ottawa’s program kicked in.

The testing order comes into effect today (Feb. 1) at Toronto’s Pearson International airport and will also eventually apply to the province’s land border crossings to the United States.

But schools in some other parts of the province harder hit by COVID-19 remain closed.

Rideau-Jock Coun. Moffatt to step down at end of term 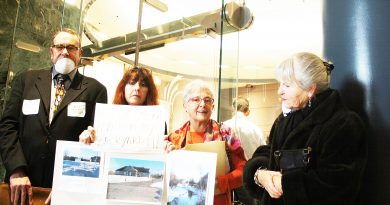