The chief has asked the Ontario Provincial Police to investigate the origin of unverified audio recordings released on YouTube within the last couple of weeks.

“The Ottawa police service has not and is not conducting any investigation involving the Ottawa Police Services Board chair, Coun. Eli El-Chantiry,” Bordeleau told reporters following last Monday’s Police Services Board meeting. “The fact this false information is being released and distributed has prompted me to launch a chief’s complaint. That investigation will be focused directly on the origins of the recordings and the individuals involved.”

Bordeleau says the investigation will determine whether there was misconduct by any Ottawa police members related to the recordings. Bordeleau would not comment on the possible identity of anyone on the recording.

Coun. El-Chantiry has retained lawyer Ronald Caza who released a statement yesterday (July 24) on his client’s behalf. In the statement, Caza calls the audio recordings “serious and unfounded defamatory allegations.”

The statement continues “regardless of Chief Bordeleau’s statement, the fact remains that serious and unfounded allegations have been made by someone, without any facts or evidence to support even the suggestion of the allegations. There is no evidence as to the legitimacy, authenticity, or possible context with respect to the audio recordings that would justify a media outlet proceeding to publish such serious allegations.”

Caza goes on to write “we have received instructions to take any and all steps necessary to defend Councillor El-Chantiry’s reputation and obtain all damages that flow from the publication of the story and any subsequent republication thereof.”

In a second statement released today (July 25) Caza states “we have been instructed to advise (the media) we are taking the necessary measures directly with the relevant authorities at YouTube.” 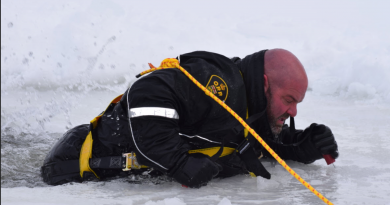 OPP say surviving fall through ice based on timing 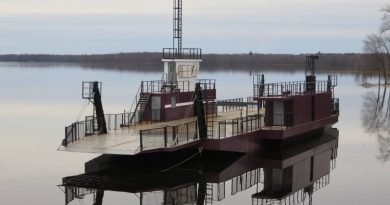