Four days (Jan. 7) shy of the anniversary of the tragedy, City of Ottawa staff released a memo to council accepting civil responsibility for the collision.

According to the memo, the city says accepting responsibility will allow the city and its insurers to focus on compensation for the victims and their families.

“The city’s priority has been to ensure they are treated fairly, reasonably and with compassion,” city solicitor David White wrote. “Therefore, assuming this responsibility aims to reduce the burden of additional legal proceedings.”

Thirteen lawsuits have been filed so far on behalf of victims and their families. One of these claims is a class action lawsuit seeking to act for all passengers and people on the Westboro platform. Another 18 lawsuits are pending.

City staff says advanced payments have already been made to victims and their families within a few weeks of the incident, totaling about $3.5 million.

On Jan. 11, 2019, a double-decker bus on its way to Kanata from Tunney’s Pasture, jumped the curb at Westboro station and slammed into the station’s metal overhang.

Three people were killed including Booth, Bruce Thomlinson, and Anja Van Beek. Many others were injured; some people lost limbs as a result of the crash.

In the memo, city staff says accepting civil responsibility to compensate victims does not affect the upcoming criminal trial. Staff adds the outcome of the trial will not impact the compensation process between the city and the victims and their families. 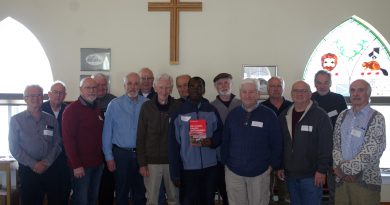