The flags will fly at Marion Dewar Plaza and will be permanently displayed in Council Chambers and in the Mayor’s boardroom.

The raising of the flags is another milestone in the city’s reconciliation efforts with Indigenous peoples. In February, Council approved a Reconciliation Action Plan to redress the legacy of residential schools in Canada

“Today is a historic day for The Algonquin Anishinabe Nation. Our flags provide identity to our Nation,” said Grand Chief Verna Polson, Algonquin Anishinabeg Nation Tribal Council. “We hold great pride that our Nation’s flags will be flying outside Ottawa City Hall and be displayed in Council Chambers and in the Mayor’s boardroom. The City of Ottawa is Canada’s capital as such this event is of great historic, social and spiritual significance to Algonquin Anishinabe peoples who have lived on this land since time immemorial.”

Find out more about the City’s Reconciliation Action Plan at ottawa.ca. 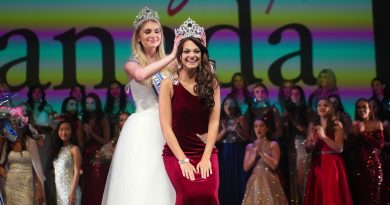