WEST CARLETON – Entrepreneur Rebecca Trueman and her bid for a cannabis retail store was unsuccessful in her bid for a Carp pot shop according to the lottery results made public last night (Jan. 11) by the Alcohol and Gaming Commission of Ontario (AGCO).

More than 17, 300 expressions of interest (EOI) were received by ACGO but 415 applicants were disqualified leaving 16,905 applicants in a lottery for 25 golden tickets. Or more accurately, an opportunity to apply for the first cannabis retail operator licences in Ontario. The AGCO held the draw at 3:16 p.m. yesterday.

Applicants were able to identify up to five regions of interest, giving an applicant the opportunity for a total of five separate entries in the lottery. In total, there were 59,069 regional entries (from the 17,300 applicants that showed interest).

There were 11,084 entries in the east region. Of all the EOI’s submitted, 64 per cent were sole proprietorship, 33 per cent corporation, three per cent partnership and one per cent limited partnership.

Twenty applicants are on the east region wait list, but Trueman’s name is not on that list.

Ottawa lawyer Trina Fraser, who is known as a key adviser to the cannabis industry, feels it will be a challenge for sole proprietorship lottery winners to have stores up and running by the April 1 deadline. If a lottery winner’s store is not open by April 1, the owner will face escalating fines.

She things maybe four or five stores will be open on April 1 “if we’re lucky.”

Trueman who already had a business plan, some investors and a location picked out as she worked on the project before the government abruptly changed its plan for publicly stating there would be no cap on private shops to limiting it to 25 stores in Ontario due to supply issues.

The next big question is where the shops will be located. That piece of the puzzle won’t be complete until later in January, when the AGCO starts posting proposed locations for public comment.

Winners in each region can choose to apply for a shop licence in any municipality with a population of more than 50,000 that hasn’t opted out of allowing cannabis shops.

Winners have five business days to apply for the first of two licences.

No other applicant went on the record related to where they will be locating their cannabis shop. 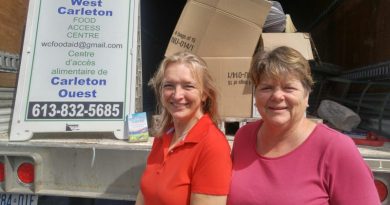