ONTARIO – The Ontario government has lowered the age to 40 for those who are ready to roll up their sleeves for the AstraZeneca-Oxford COVID-19 vaccine starting tomorrow (April 20).

A spokesperson for Ontario Health Minister Christine Elliott said the shot will be offered at pharmacies and primary care settings. In a statement Sunday, Alexandra Hilkene said the province made the call based on “current supply” of the vaccine.

Before Ontario’s announcement, the vaccine was only available to people aged 55 and older in Ontario in line with recommendations from the National Advisory Council on Immunization (NACI) earlier this spring.

On Sunday (April 18), the federal government said the provinces and territories were free to expand eligibility for the AstraZeneca-Oxford vaccine to any adult over the age of 18 as some pharmacists warned they had doses sitting idle because of the age restrictions.

“Provinces and territories are free to use AstraZeneca in any population over 18 per Health Canada’s license for use in Canada,” federal Health Minister Patty Hajdu said during a media availability.

Before Hajdu’s comments, Premier Doug Ford’s office said it was waiting for a federal decision before expanding AstraZeneca eligibility from its current 55 and older age restriction.

Ontario is currently grappling with a third wave of the pandemic. The province reported 4,250 new COVID-19 cases and 18 more deaths on Sunday.

“Our view is it is a safe and effective vaccine, and the benefits outweigh the risks,” Bates said. “We think it’s important to lift the age restriction, prioritize essential workers and get this out to as many people as possible. We don’t want wastage.”

NACI recommended earlier this spring  AstraZeneca be limited to people aged 55 and older after a small number of younger people in Europe developed a serious blood-clotting condition. The odds of getting a blood clot are estimated to be between one in 100,000 and one in 250,000.

NACI is now reviewing updated information from Health Canada. The health agency announced this week it has determined AstraZeneca is safe and will not be restricting its use in any specific populations. 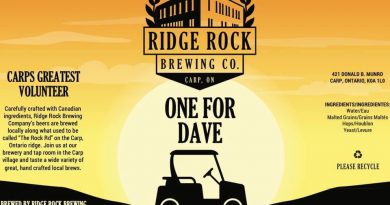