Ottawa Fire Services received a call for service around 11 a.m. on Thursday stating smoke was coming from a boat on the Ottawa River with people on board. Dispatchers were on the line with the watercraft’s occupants who stated they were safe and calm. Water rescue crews were dispatched to the area but did not need to go out on the water by the time they arrived.

Other boaters in the area came to the stranded watercraft’s rescue and escorted children from the boat safely to the marina where they were met by firefighters.

While smoke was confirmed, fire was not detected.

The boat, which had stopped smoking by this time, was towed by another recreational watercraft to the Port of Call Marina.

Once at shore, firefighters investigated the boat to verify there was no danger. 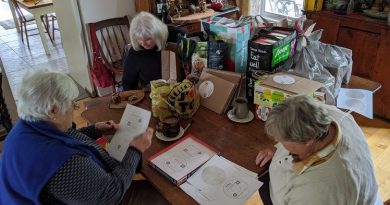