WEST CARLETON – West Carleton public school students will be back in masks after Ottawa Carleton District School Board (OCDSB) trustees voted to return to face coverings amidst a sixth wave of the COVID-19 pandemic.

Eight trustees with the OCDSB voted in favour of a motion by River/Gloucester-Southgate trustee Mark Fisher. One trustee opposed the move and three abstained including West Carleton trustee Lynn Scott.

“We can’t pick and choose when safety is important,” Fisher said in defending his motion last night (April 12).

The vote came three weeks after the province lifted most mask mandates and amid a resurgence of COVID-19 in Ottawa.

The city has recently set records for the amount of coronavirus observed in local wastewater. Those levels are about three times higher than the previous record set in January 2022.

“I think the situation in Ottawa over the last couple of weeks has changed considerably,” Fisher said.

The school board, which represents more than 70,000 elementary and high school students, had 113 self-reported COVID-19 cases among staff and students as of Tuesday, according to associate director of education Brett Reynolds.

Several trustees spoke of classes or schools being closed in their zones.

Barrhaven/Knoxdale-Merivale trustee Donna Blackburn was the lone vote against Fisher’s motion, saying masking isn’t required in many other parts of society.

“I refuse to give people a false sense of security,” she said.

“I think putting this in place will cause more people to wear masks,” countered Rideau-Vanier/Capital trustee Lyra Evans, who voted in favour.

Innes/Beacon Hill-Cyrville trustee Sandra Schwartz, who abstained, said that while she’s in favour of masking, she couldn’t vote in favour of a motion she said can’t be enforced, amounts to “window-dressing” and leads to division and distrust.

“There’s no upside here, only more divisiveness and emotionally charged reactions,” she said.

Exactly when the move will start and end is unclear, as Fisher’s motion did not include a start date nor criteria for lifting the mandate.

A spokesperson for the board said after the meeting staff are developing an implementation plan and “will provide additional clarification shortly.”

Scott, who is also OCDSB chair, said the board’s next meeting is set for April 25, and she expects the board will hear from staff before that, in a recent radio interview.

For now, Scott says she expects students without masks would be asked to put one on, “but if they didn’t do it, I’m not sure there could be any specific measure taken.”

Even when mandates were previously in force, “enforcement was somewhat soft,” Scott said. “Our kids need to be in school learning.”

As for staff, if they fail to abide by what their employer requires, they’d be subject to progressive discipline that could result in being placed on leave without pay, Scott said.

Ottawa River at normal levels for this time of year 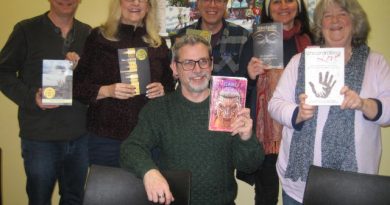