On Aug. 12, AAFC announced a call for proposals for a $200-million On-Farm Climate Action Fund. The fund will underpin programs to support farmers to adopt three beneficial management practices (BMPs): cover cropping, enhanced nitrogen management, and rotational grazing. AAFC estimates the fund; resulting programs; and on-farm adoption will reduce greenhouse gas (GHG) emissions by “up to two million tonnes [per year] by 2024, and by one million tonnes per year ongoing,” with BMPs projected to be applied on two million acres (The full AAFC news release is here).

Rather than designing and delivering the three programs itself, the AAFC “is seeking proposals from potential delivery partners to redistribute the funds to farmers undertaking eligible activities. Potential delivery partners…could include producer groups and associations, commodity organizations, Indigenous groups, non-governmental organizations, and provincial or territorial Crown corporations, among others.”

Those hoping to be selected as “delivery partners” would design and propose programs that could achieve the government’s projected outcomes.

Cover cropping: for example, payment-per-acre to cover adoption or related costs such as seeds and equipment.

For many years, and most prominently in its Tackling report, the NFU has urged governments to partner with farmers to enhance grazing management, adopt cover crops, and, especially, to use nitrogen more efficiently and at lower rates. The Aug. 12 announcement is a key step toward many of the programs and outcomes the NFU has led in advocating.

Moreover, this year’s drought across British Columbia, the prairies, and parts of eastern Ontario has strongly underscored the need of on-farm practices that enhance soil organic matter and, thus, water-retention capacity. In coming decades, as droughts become more frequent and intense, these soil-building and climate-adaptive on-farm practices will become crucial.

In addition to building soils that can hold more water, these BMPs reduce emissions. Green and growing cover crops can “catch” nitrogen in the fall — nitrogen that could otherwise be lost as nitrous oxide, a powerful GHG. And enhanced nitrogen efficiency (better placement, better application timing, and superior formulations) can mean lower rates without yield losses, cutting nitrous oxide emissions in two ways: as a result of lower tonnage applied, and as a result of lower emission per tonne.

These three programs represent key victories for the NFU and Farmers for Climate Solutions (FCS).  NFU members Ian McCreary and Arzeena Hamir chaired the FCS Task Force that gave rise to these programs. Many NFU members, officials, and staff have been active in FCS work. And the NFU has taken a lead role in elevating the issues of climate change and emission reduction — with efforts extending back more than two decades. We should all take great pride in the fact that our NFU and FCS work is paying off in the form of effective, multi-million-dollar programs to help farmers transition to lower-emission, climate-resilient farming practices. 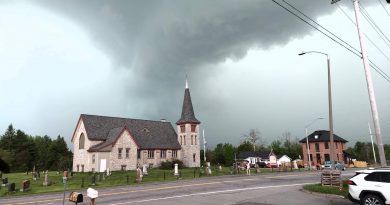