ARH Chief Executive Officer Eric Hannah says there were delays as the new Doug Ford government reviews the project’s funding commitment initially announced by the Liberals in January, 2017. While other projects are still waiting, work in Arnprior is now underway.

Hannah says the construction will cause patients and visitors some inconvenience, but every effort is being made to minimize any hassles, and the surgery schedule should not be affected by construction. The ARH CEO says the new unit will be a thing to behold. It cooks surgical instruments, then package-wraps them in appropriate quantity for specific surgeries that are scheduled. 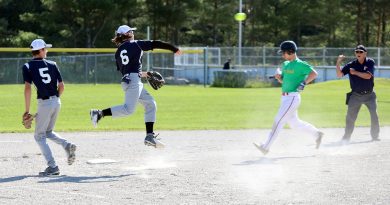 U17 Electric fastball finding its place