OTTAWA – While health officials were hoping we were over the hump of the pandemic, the last two days’ worth of local numbers tell a different story.

Five additional deaths reported Wednesday brings the city’s overall death toll to 76. Of those deaths, 57 have happened inside of local long-term care homes.

There are 38 people in Ottawa hospitals with the virus – eight in intensive care. The intensive care number had been dropping consistently for more than two weeks.

Since April 14, the number of patients in Ottawa’s intensive care units with the virus had consistently dropped from more than 17, now down to just 6.

OTTAWA – Ottawa’s most popular music festival, the RBC Bluesfest, has pulled the plug on this summer’s edition.

Executive director Mark Monahan says the COVID-19 pandemic is too much to overcome this time.

“Having been at the helm of RBC Bluesfest since 1994, I can say that although we have weathered many storms, including a tornado in 2005, a stage collapse in 2011, and a family of stubborn killdeers in 2018,” Monahan released in a statement yesterday (April 28). “But in light of the serious situation confronting us this summer, it is with a heavy heart that I must announce that the RBC Bluesfest for 2020 is cancelled.”

Monahan says, he’s been taking advice from healthcare professionals and government officials over the past several weeks and heard concerns of festival patrons.

“We fully agree that public health must come first now and always and support the measures being taken to ensure the health of our community.”

Monahan says anyone who has already bought a ticket to the festival will be entitled to a full refund but adds ticket-holders can hang on to their stubs for next year’s edition if they choose.

Monahan says he’s still working to secure other artists which were supposed to be part of the 2020 festival, and will of course be filling in any gaps with more talent by the time 2021 rolls around.

“This cancellation will cause financial hardship for our organization, but we are already in the midst of planning for 2021 and have committed to keeping our staff employed and working on next year’s event,” Monohan said. “We are also exploring new digital initiatives to further our reach and be more accessible to our community.”

Monahan says the organization is moving forward with future projects to bring music to the community, and says announcements will be made regarding future events at a later date.

ALMONTE – An autopsy on a recently deceased resident of Almonte Country Haven Care Home has confirmed the presence of COVID-19.

Home administrator Carolyn Della Foresta said this person tested negative at the time of death but was recently found to have the virus.

The total number of deaths at the home related to COVID-19 is now 24.

Nine staff members of the home have also recently tested positive for the virus and are now at home in self-isolation.

“We have been fortunate to reintegrate staff to our care team at various times throughout this process and, with the support of OMNI’s leadership team, have ensured that all departments have the staffing resources they need to provide the highest quality care to our Residents,” Della Foresta said in a release.

There are currently 22 institutions battling COVID-19 outbreaks in Ottawa.

Although Ontario’s plan, laid out Monday, was lacking any specific dates for when each phase could begin, Mayor Jim Watson says that’s a good thing.

“I think the slow and cautious approach is the way to go,” Watson released in a statement yesterday. “The last thing we need is to open up segments of the economy too quickly and then a second wave of the virus hits us, and these people then have to get laid off again.”

The mayor says he would like to see parks reopened but won’t do it unless it makes sense.

The reopening of parks appears in stage one of the provincial plan but government officials have not said when that stage would begin.

Ontario’s new framework says each of the three stages will last about two to four weeks, and at the end of each period, its chief medical officer could advise staying in a stage longer, moving onto the next stage or reintroducing certain restrictions to prevent new coronavirus outbreaks.

RENFREW COUNTY – Paramedics are being acknowledged for their work and will be included in the frontline pay support recently announced by the province.

As part of the County of Renfrew virtual council meeting today (April 29), Warden Debbie Robinson, thanked MPP John Yakabuski for ensuring the voice of Renfrew County is heard at the provincial level. Robinson says our local MPP knows firsthand the work being done at long-term care homes and by paramedics in the County of Renfrew. She adds Yakabuski successfully advocated for paramedics to be included in the $4 pay support.

The warden says they are extremely proud of all front line workers in our community and across Ontario.

OTTAWA – A pair of Ottawa researchers are using their knowledge of cancer-fighting viruses to come up with a COVID-19 vaccine.

Dr. Carolina Ilkow and Dr. John Bell are working with colleagues across the country and around the world on this project, and just received a grant of $250,000 from Fast Grants. It is just one of 23 COVID-19 grants issued to Canadian research institutions, after a rapid review by a panel of biomedical experts.

Fast Grants is partnered with The Thistledown Foundation, established by Fiona McKean and her husband Tobi Lütke, founder of Ottawa-based Shopify. Funding was awarded and transferred to researchers within days compared to the many months usually required for traditional grant competitions.

“Over the years we’ve developed a number of cancer-killing viruses that can replicate inside cancer cells, bust them open and spread throughout a tumour, without harming normal tissues,” said Bell of The Ottawa Hospital Research Institute. “One of the key things we’ve learned is that the best cancer-killing viruses also stimulate the body’s own immune system – in effect, training the immune cells to recognize and help attack the cancer cells. We’ve developed a number of viruses that are very good at this kind of immune stimulation, that have already been tested safely in people.”

It turns out that a harmless virus that stimulates a strong immune response is also exactly what’s needed to create a vaccine for COVID-19.

“Our immune system can learn to recognize and fight COVID-19, but this process takes time,” said Dr. Ilkow, a scientist at The Ottawa Hospital and assistant professor at the University of Ottawa. “A vaccine would expose the body to tiny harmless bits of COVID-19, so that the immune system can build an army that will be ready to attack if the real virus comes along.”

Dr. Ilkow and Dr. Bell and their colleagues have developed at least four different cancer-fighting viruses they think could be repurposed as vaccines for COVID-19. They are now genetically engineering those viruses so that they produce small pieces of the COVID-19 virus, to stimulate the required immune response.

“COVID-19 is a novel virus so we don’t know which vaccine strategy will work best,” said Dr. Ilkow. “We need to try everything we have.”

Their research team includes Dr. Douglas Mahoney and his partners at the University of Calgary, and Dr. Zhou Xing and Dr. Brian Lichty and their teams, both at McMaster University.

They hope to begin testing their vaccines in humans by the end of the year.

Once a promising vaccine is created, the team will be able to make large quantities in The Ottawa Hospital’s Biotherapeutics Manufacturing Centre. This facility is the only hospital-based lab in Canada capable of producing virus-based vaccines and therapies for clinical trials.

“Most of our cancer researchers are working from home due to the need for physical distancing and it is hard for us to see all that cancer research slow down,” said Dr. Bell. “But we know that people with cancer who get COVID-19 are much more likely to die, so we think that working on a vaccine is the best thing we can do right now to help them. And we’ll get back to all the other cancer research as soon as we can.”

This project is one of more than 50 COVID-19 research projects currently being explored at The Ottawa Hospital. 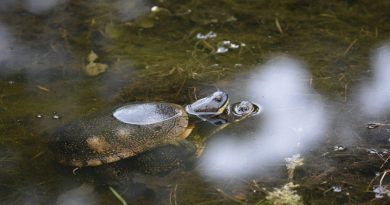 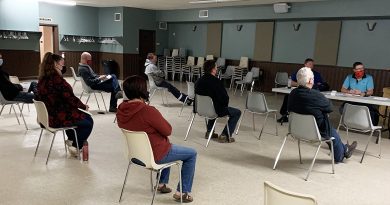 WCSTA AGM getting ready for the snow