ALMONTE – At first glance, Audrey Kealey and Jordan Waito don’t appear to have much in common.

Kealey is 81.  Waito  is 22. Kealey is retired and lives in Carleton Place with her husband Brian.

Waito is single and lives in Kanata.

What the two do have in common is often considered to be a ‘once in lifetime’ occurrence.  Both Kealey and Waito won big in a local hospital lottery.

How big?  Each walked away with a car thanks to their support of the Hospital Lottery, now known as Win2021, presented by Almonte General Hospital Fairview Manor (AGHFVM) Foundation and Carleton Place & District Memorial Hospital (CPDMH) Foundation.

In 2018, with the generous support of Keith Bean, of Bean Chevrolet in Carleton Place, the two hospital foundations presented Car or Cash for Health Care. Old-style paper tickets were sold for $20 for one and $50 for three. Almost 6,500 tickets were sold. On Friday, Oct. 5, 2018, hundreds of ticket buyers had packed the Almonte Civitan Hall for a touchdown party, and to see if they would be the big winner.

Waito, and his father Jeff, were not in attendance. They had bought their tickets several weeks earlier while attending the National Capital Car Show where the grand prize was on display.

After being called by Robyn Arseneau, executive director of the CPDMH Foundation, to tell them they had won, Waito, his father and girlfriend came to the Civitan Hall that evening, to claim their dream prize, a convertible, 1967 Firebird appraised at $30,000.

“It was cool winning a car, especially a rare car like that, Waito said. “My dad had that exact same ’67 Firebird as his first car ever so is was a blast for both of us to drive.”

Kealey’s win last year in the Win2020 Hospital Lottery had some sentimental value as well. Her husband Brian had bought a ticket for his wife as a present. Brian thought his wife would be extra lucky because the draw was taking place July 9, her 81st birthday. He was right about the extra luck. Kealey won the grand prize, a convertible 2020 Camaro valued at $50,000, again provided by Bean Chevrolet of Carleton Place.

“It was just wonderful winning that car on my 81st birthday,” Kealey said. “I have so much fun cruising around with the top down and the wind blowing my hair.  We’re lucky to have Keith and April Bean supporting our hospitals.”

All of the tickets were sold online last year. They were one for $25 and five for $100. The tickets sold out in 33 days.  As a result of the COVID pandemic, last year’s draw was held outside under a tent at Beans.  The Kealeys live nearby so getting them over and showing them their beautiful new car only took minutes after they were called with the good news.

All proceeds from the Win2021 Hospital Lottery will be shared equally by Carleton Place and District Memorial Hospital Foundation and Almonte General Hospital Fairview Manor Foundation and used to purchase replacement or new clinical equipment.  To date, more than $250,000 has been raised with Bean Chevrolet’s support. 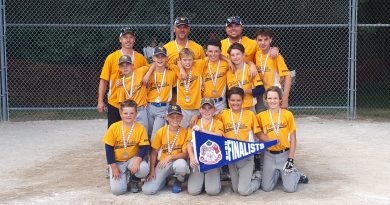 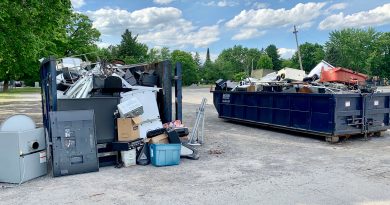 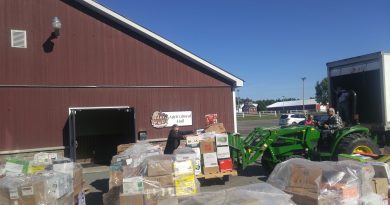