“In June 2019, the Ottawa Police Service (OPS) received information a member of the Service was involved in alleged criminal behavior related to corrupt practice,” police Chief Peter Sloly released in a statement today (April 23). “The OPS then immediately requested that the RCMP “O” Division Anti-Corruption Unit investigate the matter.”

The RCMP conducted a “thorough” 10-month investigation in to a scheme involving members of the OPS and several tow truck drivers.

“The subsequent criminal investigation identified OPS employees who were believed to be acting in concert with particular operators of the Ottawa area tow truck industry, and providing information on vehicle accidents for a fee,” the RCMP released in a statement. “Investigators uncovered evidence of other criminal offences as the investigation progressed.”

“The conduct of police officers is paramount in maintaining the trust of the communities they serve, and this investigation highlights the cooperation that exists between the OPS and the RCMP and the desire for police professionalism and public accountability” RCMP commanding officer, O division assistant commissioner Jodie Boudreau said.

Charges have been laid against the following members of the OP:

The following residents of Ottawa are also charged:

Warrants to search five residences in the City of Ottawa have been obtained, as well as for a narrowly defined area of an OPS worksite.

“The criminal charges laid by the RCMP today are very serious and I want to thank the RCMP for their professional diligence and assistance in this investigation.” Sloly said. “These allegations do not reflect the integrity of our individual members nor do they represent what we stand for as a police service.”

Sloly said he was briefed on the investigation his very first day on the job.

“I was briefed on this investigation on Oct. 28, 2019 at 9 a.m., the same day I took my oath of office and was sworn in as chief,” Sloly said. “Since that briefing on my first day on the job, I have been kept updated on the material developments of the investigation.”

The investigation is ongoing. 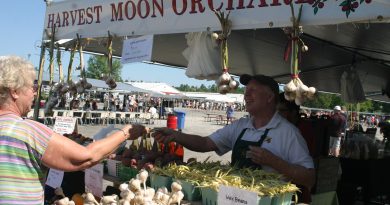