KINBURN – The Wisdom, Life and Hearts Across the Ages 2019 program year will culminate in a tribute to the four seasons of West Carleton in the form of a community quilt.

Wisdom, Life and Hearts Across the Ages was a government-funded program in the rural community of West Carleton offering service and community support to all residents in the West Carleton area, in a manner that respects, educates and supports diversity and inclusiveness of all. The program hosted six events focused on connecting generations and providing education.

The final official event was held March 16 in Kinburn at the West Carleton Diners club with program coordinator Gillian Mattock sharing stories of West Carleton’s history with those in attendance – the last public event held in West Carleton before the COVID-19 shutdown.

One of the early programs happened in Carp last November and involved bringing seniors together to teach youth the art of sewing. The lessons learned that day must have struck a chord with Mattock. Around six of the Wisdom, Life and Hearts Across the Ages volunteers are hard at work on making a 10-foot by six-foot, five-panel quilt, featuring the four seasons of the Ottawa Valley.

“A whole bunch of us just learning the technique ae working on the project,” Mattock told West Carleton Online March 13.”

Paisley’s Quilt Shop on Carp Road has helped out with equip,ent and provided the volunteers with a space to create it.

They started it last November and hope to have the middle three panels done by Easter. While Mattock joked about entering it in the Carp Fair, the quilt will hang in threea churches upon completion – St. James in Carp, St. John’s on Donald B. Munro Drive and Christ Church on Carp Road. 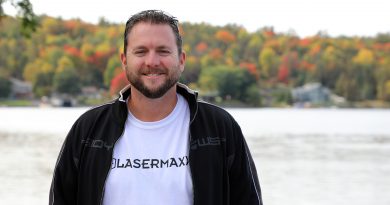 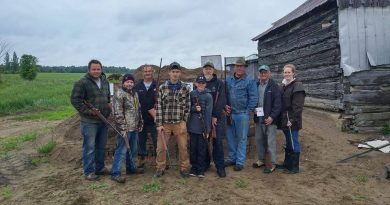