WEST CARLETON – Some kids will be returning to school Monday, but it won’t be yours.

Students at Ottawa’s four publicly funded school boards will not be returning to class on Monday (Jan. 25).

The Ontario government announced late this afternoon (Jan. 20) schools in Ottawa will not be allowed to re-open for in-person learning on Jan. 25.  The decision means students in the Ottawa Carleton District School Board, Ottawa Catholic School Board, the Conseil des ecoles catholiques du Centre-Est and the Conseil des ecoles publiques de l’Est will continue with remote learning on Monday.

Schools within the Eastern Ontario Health Unit region will also remain closed on Monday.  The announcement did not say when schools could reopen for in-person learning.

The provincial lockdown which began on Dec. 26 delayed the Jan. 4 holiday break resumption for elementary students one week. However, rising COVID cases across much of the province pushed all but seven northern school boards to extend the closure until Jan. 25, while students who attend schools in Toronto, Peel, York, Hamilton and Windsor-Essex are scheduled to continue online learning until Feb. 10.

“Getting students back into class is our top priority,” education minister Stephen Lecce released in a statement today. “According to Ontario’s chief medical officer of health and leading medical and scientific experts, including the Hospital for Sick Children, Ontario’s schools are safe places for learning.”

The following school boards in eastern Ontario will be allowed to re-open on Monday for in-person learning:

Ottawa medical officer of health, Doctor Vera Etches wrote in a statement given the challenges for parents, guardians and students learning from home, she is asking employers to be understanding and that mental health and well-being are important, offering resources for help.

“We appear to be turning the curve in Ottawa and OPH is ready to support a safer return to school,” Etches said.  “With added emphasis on the daily screening and testing for people with symptoms to keep COVID-19 out of schools.”

Dr. Paul Roumeliotis, the medical officer of health of the Eastern Ontario Health Unit, said the consensus around the medical table is “open them up,” adding the downward trend is the reason he’s not against it.

Ottawa has seen a decrease in active cases during the lockdown. Today the city reported 86 active cases.

When students return, expect additional measures to ensure safety. It is likely Ontario will mandate students at all grade levels wear masks. Previously, masks were required for Grades 4 and up, but encouraged for everyone else.

COVID-19 testing in December shows schools are not a significant source of transmission however over the holiday break, along with reports of people breaking the rules, positivity rates among children age 12 to 13 years old increased form 5.44 per cent in November to nearly 20 per cent in January. 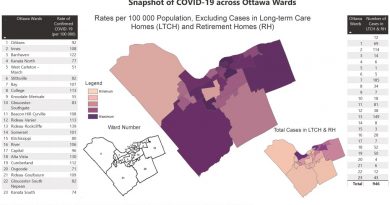 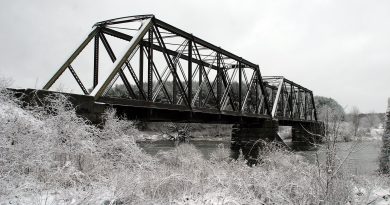