The WCSS Student Council has officially begun this year’s Battle of the Grades at WCSS, where grades compete in activity challenges over the course of the week to win more points than other grades and amp up school spirit.

Students dress up in each day’s costume theme and participate in games during lunch to win points, which are tallied up according to grade.

“Whenever you introduce some sort of mild competitive component, it tends to get students a little bit more excited about the potential of just dressing up and having fun,” teacher and student council supervisor David Froome said.

The plan for the week includes tacky tourist costumes, a pyjama day, an obstacle course, and a lip sync battle. The winning grade wins the coveted prize of being the first ones to choose their lockers for the next school year.

“Not only is it a competition between grades in terms of who has the most spirit and how many kids dress up in that grade, we’re also adding a donations component,” student council co-president Hoda Osman said.

Students can donate clothing and food for local charitable organizations Savvy Seconds, West Carleton Food Relief, and Ottawa Food Bank in exchange for points, with items in higher need by the charities being worth more points.

“If you’re not a student who likes to dress up but you still want to win, there’s other opportunities that you can do so, so not only do you win but the community at large will win with any of the donations that come in,” Froome said.

Despite the focus on competition between grades, the council has taken steps to ensure the week remains fair and safe for all students.

“We’re trying to promote positivity and try to deter negativity as best we can,” Froome said. “Grades can lose points for poor behaviour.”

Vandalizing another grade’s artwork during the hallway decoration challenge and failure to clean up any messes made were cited as examples by both Froome and Osman.

Osman drew attention to the efforts of the student council over the past month to organize the event and emphasized the work which still awaits the council.

“They’re going to be working hard at lunch every day counting the donations that their grade brings in, and they’re constantly going to have to be updating the amount of points that they get,” she said.

“It’s a huge team effort and everyone on Student Council has been working our butts off, but it’s definitely going to be worth it,” Osman told West Carleton Online. “I think it’s going to be a blast, and I’m very excited to see all of our council’s hard work pay off.” 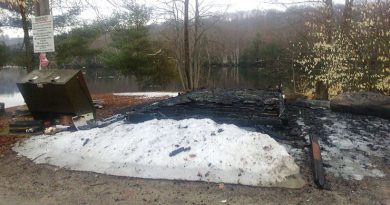 All WC schools expected to be closed Feb. 21 due to labour unrest