ARNPRIOR – The West Carleton Rivermen of the Eastern Ontario Super Hockey League (EOSHL) are still adding pieces heading towards their Arnprior debut at the Bert Hall Arena on Saturday, Oct. 2.

The EOSHL, classified as Senior A hockey), made its debut in 2019 along with the West Carleton Rivermen playing in the four-team league. The Rivermen won the regular season standings and battled the Cornwall Prowlers in a thrilling five game championship series, coming up just short. Then COVID-19 hit, and the league hasn’t played a game since.

But a strange thing happened. Having your league’s second season cancelled would, and did, kill a lot of semi-professional sports leagues around the country. In its hiatus, the EOSHL tripled in size, to 12 teams around the eastern Ontario and western Quebec area.

The Rivermen will face off against another original four team, the Deseronto Bulldogs, with puck drop scheduled for 8:15 p.m. at the Nick Smith Centre.

The Rivermen held open tryouts on Sept. 12 at the Bell Sensplex in Kanata, to add to several of the returning core players. An EOSHL roster has room for 30 skaters and six goalies, as players receive very little financial incentive to play.

The Rivermen are bringing back franchise scoring leader Alex Hulford who had 21 goals and 43 points in the 2019-2020 regular season. EOSHL 2019-2020 defenceman of the year Zack Rheume also returns.

The Rivermen are owned by Galetta’s Adrian Moyes who grew up playing hockey in Constance Bay. He is also one of the Rivermen’s forwards and sits third all-time on the franchise’s points list with 41. He’s the team’s all-time assists leader.

Blunden most recently played for the Pontiac Senior Comets where he had 18 points in 13 games. Blunden played professionally in Australia and France and played four years in the Ontario Hockey League with Belleville and the Ottawa 67’s.

Bird, who will be familiar with Arnprior hockey fans, played three years in the Canadian Junior Hockey League including a trip to the RBC Cup. Bird is also a former Arnprior Jr. B Packer.

Mike Byrne, the EOSHL’s 2019-2020 co-executive of the year, returns as coach and general manager.

For information on season tickets you can contact the Rivermen by email here here.

The West Carleton Rivermen are pleased to announce the signings of Stephen Blunden and Stephen Bird.

Blunden comes to the Rivermen from the Pontiac Senior Comets where he had 18 points in 13 games. Prior to his time with the Comets, Blunden played professionally in Australia and France, played four years CIS with uOttawa and four years in the OHL with Belleville and Ottawa.

Bird comes to the Rivermen with three years experience in the CJHL, which included a trip to the RBC Cup. Prior to his time in the CJHL, Bird played one season with the Arnprior Packers Jr B team.

Please join us in welcoming Blunden & Bird to the team! 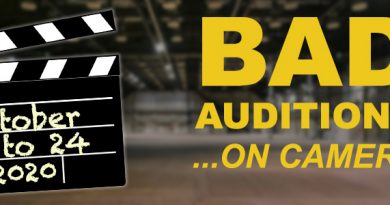 Comedy returns to Kinburn May 28