FITZROY HARBOUR – The West Carleton Electric will kick off the Greater Ottawa Fastball League (GOFL) 2022 season Tuesday (May 10) against the team that knocked them out of the 2021 GOFL playoffs at the Fitzroy Harbour Ball Diamonds.

All systems are go for the GOFL in 2022 after dealing with the COVID-19 pandemic and accompanying health regulations the last two years. The league has grown from six teams last year to eight in 2022. All six teams from last year are returning including the 2021 GOFL Champion Micksburg Twins, Kars Aces, Manotick Brewers, Ottawa Valley A’s (another West Carleton-based team that plays home games out of Carp) and the Orleans Rebels.

The Quyon Flyers are returning after a year off and the Osgoode U23 Chiefs are joining the league. The Chiefs will represent the entire Ottawa Valley at the upcoming U23 Men’s Canadian Fast Pitch Championship held in Carp later this summer.

The Electric will face the Kars Aces next Tuesday at the Fitzroy Harbour Community Centre with first pitch scheduled for 8:30 p.m. in what will be the first game of the 22nd season for the GOFL, which launched in 2000.

This season the GOFL will break in to two divisions, east and west, with the Electric in the west with Micksburg, the A’s and the Flyers. The Electric will call Fitzroy Harbour home.

The 2022 GOFL season will be 17 games ending July 26 when the Electric will host last year’s champions, the Twins in Fitzroy Harbour.

The A’s will kick off the season on the road, across the river at the Shawville Recreation Association to take on the Flyers on Thursday, May 12.

The A’s first home game is a West Carleton grudge match against the Electric and the newly renovated Carp Fairgrounds Ball Field. First pitch is at 8:30 p.m.

In 2021, the Electric were knocked out of the first round by the Kars Aces, while the Manotick Brewers knocked out the Ottawa Valley A’s.

All games are free to attend. To see the complete GOFL schedule, click here. 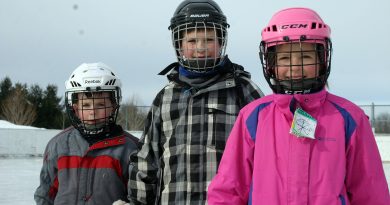 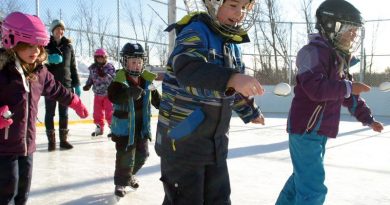