OPH recently (Dec. 20, 2021) released updated COVID-19 vaccination data on the Ottawa Neighbourhood Study website which collects data, breaks it down by around 105 neighbourhoods and shares the information with the community. Those smaller neighbourhoods are placed in 15 larger community and West Carleton includes the neighbourhoods of Carp, Constance Bay, Corkery, Dunrobin, Fitzroy Harbour and Kinburn.

The site tracks a variety of statistical data, and naturally in the age of COVID-19, has a data set dedicated to the pandemic.

Last August, the same OPH data claimed Fitzroy Harbour had a very low vaccination rate, prompting the public health unit to host two vaccination clinics for the community. It later turned out the data was inaccurate due to many residents travelling to nearby Arnprior for their vaccinations which is in the Renfrew County District Health Unit boundary.

Roughly five months later, West Carleton is now one of the top vaccinated communities within the city.

According to the Ottawa Neighbourhood Study, there are 16,477 West Carleton residents eligible (12 an older) to receive the COVID-19 vaccination.

The new data tracks those unvaccinated residents 12 and older who received at least one inoculation since Oct. 25 — eight weeks prior to the most recent monthly update.

Of Carp’s 6,846 eligible residents, 88 per cent have had two vaccine doses.

Of Kinburn’s 1,239 eligible residents, 81.3 per cent have had two vaccine doses.

Of Fitzroy Harbour’s 2,801 eligible residents, 85.1 per cent have had two vaccine doses. 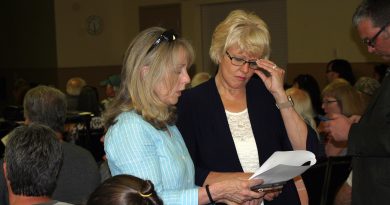 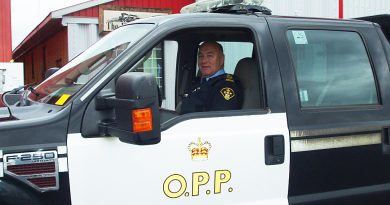 A day in the life: Auxiliary Unit Commander Al Jodoin