LANARK COUNTY – While domestic incidents are down in Lanark County over the last week, two residents face nine charges of spousal assault between them in two separate incidents.

There were 37 motor vehicle collisions over the last week including 12 involving deer and one involving a bear.

There was one fatal collision involving a motorcycle.

“On June 14, a 42-year-old resident of Havelock Township was charged with five counts of spousal assault, two counts of assault with a weapon and one count of assault causing bodily harm as the result of a historical domestic investigation,” Tereschuk said.

The accused is scheduled to appear in the Ontario Court of Justice in Perth on July 19.

“On June 18, a 36-year-old resident of the Town of Carleton Place was charged with four counts of spousal assault, two counts of assault causing bodily harm and one count of uttering threats as the result of a historical domestic investigation,” Tereschuk said. “The accused was held for a bail hearing.”

The Lanark County OPP investigated one non-criminal domestic dispute during this week.

Officers of the Lanark County OPP investigated 11 theft complaints and three reports of fraud during the past week.

“The Lanark County OPP encourages anyone who feels they may be the target of a scam, or if you know of someone who has, to contact your local police and/or the Canadian Anti-Fraud Centre at 1-888-495-8501,” Tereschuk said. 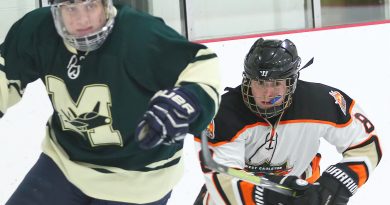 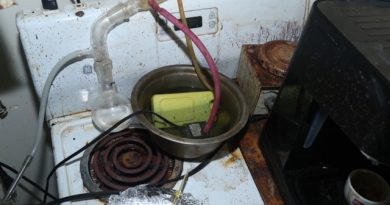 Arnprior Fair on all weekend