On Thursday July 5 at approximately 11:30 p.m., Ottawa Police received several calls for service about gunshots and vehicles speeding off. Police attended the area and an officer initiated a traffic stop on a vehicle matching the description.  A bullet casing was located.
Shell casings were also found at the intersection of Lorry Greenberg and Zaidan Drives. There were no reported injuries.
As a result of investigation, Ali Dia, 24-years-old from Ottawa and Eric St. Louis, 29-years-old, from the Kingston area, have been charged with:
*        Use/Handle/Store Firearm, etc. Carelessly
*        Possess Weapon, etc./Dangerous to Public Peace
*        Possess Restricted or Prohibited Firearm Without Holding a License and Registration Certificate
*        Possess Restricted or Prohibited Firearm Knowingly Not Holding A License and Registration Certificate
*       Occupy Motor Vehicle with Firearm, Etc.
*       Possess Loaded Regulated Firearm
Both were scheduled to appear in court July 6. Further charges may be laid, as the Guns and Gangs investigation continues. Anyone with information is asked to contact the Ottawa Police Guns and Gangs Unit at 613-236-1222, ext. 5050. 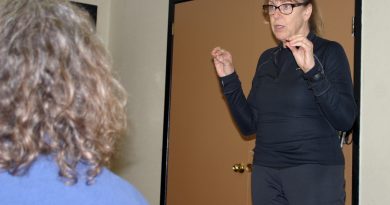