KINBURN – The crowd was bigger, and the mood was lighter at the latest meeting (Nov. 6) for residents affected by the Sept. 21 meeting.

West Carleton Disaster Relief (WCDR) hosted their third community meeting last Tuesday and the anger present at the Oct. 25 meeting had lifted considerably. That anger was directed at the Red Cross and its handling of tornado relief.

About 120 residents attended the latest meeting, about 30 more than two weeks ago.

This week’s meeting focused on positive news and moving forward as the community rebuilds together.

There was even a little bit of humour.

“This is Eli’s (Coun. El-Chantiry) most common statement to me,” WCDR secretary and emcee Len Russell told the crowd. “Don’t screw it up.”

The big news of the day was another huge donation by another local organization.

Russell and WCDR chair Greg Patacairk were very pleased to receive the donation. Russell had words of thanks for the many organizations that have been there for the community.

“WCDR wants to express appreciation to some of the organizations that have come together,” he said.

The long list included the WCFAC, the Savvy Seconds free clothing shop, the Carp Agricultural Society and fair board (“we can’t ask for a better organization to have in our community.”), all of the West Carleton community associations (“so creative, so innovative.”), the Menonite Disaster Service, Samaritan’s Purse, United Way the Ottawa Food Bank and Scott Hamilton for all of his brushing help.

Russell also mentioned the Red Cross, although not in the same sentence.

“I think they are working hard,” Russell said. “There’s still been a few road bumps but they are doing a good job. Everyone that contributes is a part of the solution.”

Russell said 136 families have registered with the WCDR and the WCDR has distributed $68,000 to those families on top of the other programs the WCDR runs.

Of the $60,000 dedicated to farmers in the WCDR’s new program, Russell explained “that’s not our total funding for programs for farmers. That’s just what we can afford right now. Our goal is to bring you back to the state you were in before this started.”

Russell says there are about six to 10 families the organization has not located yet but that is “not surprising at this time. They are where they feel comfortable.”

The WCDR has received $176,000 in donations, to which the Carp Fair received another large round of applause.

The WCDR also announced it had received $900 from the Hallowe’en Trunk or Treat fundraiser held Oct. 28.

Russell told the audience the City of Ottawa has no more demolition permits in the queue.

“Hopefully that problem is behind us,” he said.

He was less hopeful about the Disaster Recovery Assistance Ontario program.

“There are still profound problems with it, but I still encourage you to sign up,” Russell said. “The WCDR made a request to the government with 13 recommendations.”

As for federal help… “the feds will get involved once the province spends $42 million,” Russell said. “So, the answer is never.”

“So far only one has used the service,” she said. “If you think you need to talk, we will get you counselling, no matter what your situation.”

The next Affected Residents Meeting is scheduled for Nov. 20. For all the services WCDR provides and for information on important dates, visit their website here.

K9 unit tracks suspect after string of robberies in Ottawa 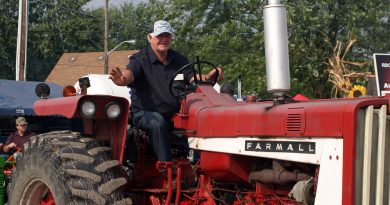 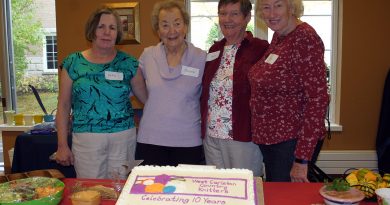