WEST CARLETON – Wet weather has delayed the summer roadwork season, but some projects are ongoing and others are just around the corner in Ward 5.

Work on the bridge over the Carp River in Fitzroy Harbour got underway May 27 and will continue through the summer. Fitzroy Street between Canon Smith Drive and Old Ship Road will be ongoing until Friday, Aug. 30. One lane and a pedestrian crossing will remain open during rehabilitation. The bridge will be controlled by traffic lights.

There is also bridge repair scheduled for Ritchie Side Road between Ivy Acres and Walter Bradley Road. That project is expected to start July 2 and go until Friday, Aug. 30.

A provincial bridge project is expected to wrap up this fall after two years. The bridge over the Mississippi River is in the final stages of replacement was part of a massive reconstruction of Old Highway 17 that began June 14, 2018. The entire length of road between Arnprior and Antrim was repaved and the bridge replaced. The road which has been closed since construction began is expected to re-open this fall.

Meanwhile, Mohr’s Road is currently closed due to flood issues. This is the second time the road as it goes over Galetta Island has been closed this spring due to flooding. There is no available timeline as to when it will re-open.

Other road projects are expected to occur in West Carleton this summer but they have not been announced as of press time. 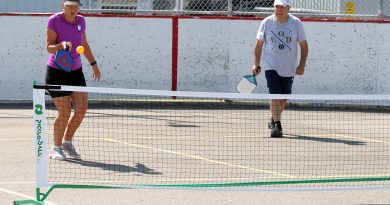