OTTAWA – Despite several pre-game warnings from the Ottawa Police Service (OPS) rabble rousers were out in force following the annual Panda Game football match between crosstown rivals Carleton University and the University of Ottawa Saturday (Oct. 1).

“The OPS, the Ontario Provincial Police (OPP) and City of Ottawa partners worked through the evening to disperse crowds who gathered in Sandy Hill last night following the Panda Game,” the OPS released in a statement yesterday (Oct. 2). “The focus of police operations was on community safety and ensuring no one was injured. The behaviour seen this evening was unacceptable, dangerous and, in some cases, criminal.”

Seven people were arrested, and investigations are underway to hold people accountable.

“Police developed a major deployment plan that included extra resources from the OPP,” the OPS said. “Police encountered some activity during the day and conducted enforcement.”

Despite calls for a peaceful celebration of the game, a large crowd began gathering on Somerset St. East Saturday night at about 8:30 p.m.

A large deployment of police was there to ensure public safety and disperse the crowd.

“Many people in the crowd became belligerent and hostile and began committing illegal acts, including vandalism and throwing objects at police,” the OPS said. “Police gathered video evidence of this activity. Any members of the public with video or photo evidence of illegal activity are asked to contact the police.”

The Ottawa police will also provide the names of university students charged with criminal offences to Carleton University and the University of Ottawa so that student conduct rules may be applied.

“The operational deployment continued into the early hours of the morning until the area was returned to a state of normalcy,” the OPS said. “We want to thank the Sandy Hill and Ottawa South communities for their patience and partnership, as well as the City of Ottawa and the OPP.”

The OPS is asking residents and other individuals to report any criminality experienced in post-Panda game activities last night.

“Police are also in the community today (Oct. 3) speaking to residents in the Sandy Hill and Old Ottawa South areas,” the OPS said.

Officers are working to address or mitigate resident concerns and issues and encouraging reporting of damage and criminal acts. We appreciate the comments of support from members of the community and understand the impact this has on community members.

Please report any damage or criminal activity, such as assaults or vandalism, to our Police Reporting Unit. They can be reached at 613-236-1222, extension 7300. If you are prompted to leave a message, please do and someone will get back to you as soon as possible.

“So far, seven arrests have been made and there are multiple criminal investigations underway,” the OPS said. “Officers are collecting online and drone footage from the unsanctioned gathering on Somerset Street East.”

If anyone has information, pictures or video of any illegal activities, please send them to SpecialEventsCID@ottawapolice.ca.

Police will issue photos and/or videos on social media if public assistance is needed to identify specific individuals. 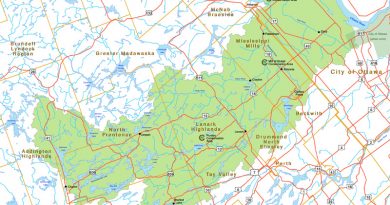 Mississippi River expected to rise ‘significantly’ over next couple days 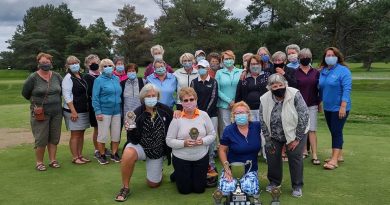