OTTAWA – A group of riverside residents from Toronto to West Carleton, and both sides of the Ottawa River are heading to Parliament Hill Saturday to protest perceived inaction on last spring’s extreme flooding.
The rally is scheduled to start Saturday, Nov. 23 at noon in front of the International Joint Commission (IJC) Office at 234 Laurier Ave. W and head to Parliament Hill from there. The walk is expected to take about eight minutes.
“If the IJC does not lower the water level and suspend shipping in December, the forecast is near 50 per cent chance Lake Ontario and the St. Lawrence River will exceed the disastrous levels experienced in 2019,” organizers released in a statement. “It’s time for us to come together, to stand as one and be heard.”
The IJC a bi-national organization established by the governments of the United States and Canada under the Boundary Waters Treaty of 1909. Its responsibilities were expanded with the signing of the Great Lakes Water Quality Agreement of 1978. The purpose of the Commission is to help prevent and resolve disputes about the use and quality of boundary waters and to advise Canada and the United States on questions about water resources.
Buses have been rented and are bringing protestors from Bowmanville, Ganonoque and the Brockville areas as well as Durham. Many residents from West Carleton are also expected to attend.
“Please feel free to bring your own protest signs and noisemakers, wear life jackets and rubber boots,” organizers ask. 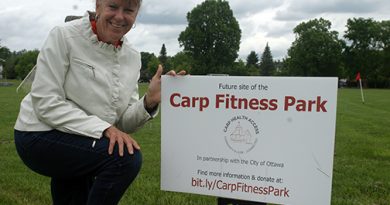 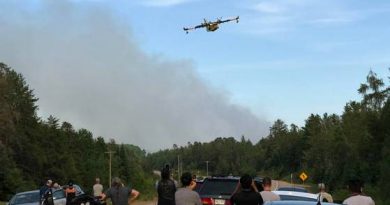