CONSTANCE BAY – The Rural Root Theatre Company (RRTC) is giving you the opportunity to be a fly on the wall to a trio of online couples’ therapy sessions next week.

The RRTC has had to pivot sharply in the face of the COVID-19 pandemic and is taking its annual spring production online, live and free to the community. The Constance Bay-based theatre company’s latest production is called Couples and goes live this coming Thursday, June 9.

Using popular ‘webinar’ software Zoom, to present the performance live is not only a first for the RRTC, but a first for the entire Ottawa-area theatre community. Director Roy Ballantine and producer Carolyn Walsh sat down with West Carleton Online to talk about the new production and the challenges of putting together a live performance virtually this morning (June 5), naturally, over a Zoom video conference call.

“As far as we know, we haven’t run across any theatre company in the Ottawa area that has actually run a play using web conferencing,” Ballantine said. “It’s exciting. The point wasn’t so much to do something that was novel, but something that would bring some joy to us and, hopefully, the folks in West Carleton and the rest of Ottawa during these challenging times.”

Ballantine has long been a member of Ottawa’s community theatre scene and dates back to the Rural Roots’ roots. Ahem.

“I was in the first play Rural Root put on 16, 17 years ago,” Ballantine said.” I’ve been involved with several different community theatres doing a range of things, from the technical stuff, special effects, directing, acting, you name it. This is the third play I’ve directed, but the first that is virtual. That part is new.”

And because it is new, there are new things to learn.

“You can’t use movement as a part of how you tell the story,” Ballantine said. “The story is entirely told by the actors’ emotions and what they do with their upper body. They are sitting there in front of you looking at the camera. They’re not in the same room, they can’t move very much, so it’s different in that respect. This play is nice in the sense it was written for performance in a virtual medium. So much of storytelling is given just in the emotion the actors express. They use their face and voice and the script.”

Ballantine says those challenges were actually a perk for his cast.

“Actually, it was a lot of fun,” he said. “It does focus more on what actors like to focus on. That is the real acting, not fluffy stuff of walking around and playing to a backdrop. You have to play directly to the audience.”

But playing to an audience you can’t see added yet another element to their roles.

“On the other hand, the lack of a real audience you can see and hear and feel, makes it more challenging,” Ballantine said. “As you know, acting is so much an interaction between the actor and the audience. If you can’t see and hear the audience that’s a little harder. You have to imagine the audience there. We’re lucky to have such a strong cast.”

For producer Walsh the unique performance actually made her role easier. The real challenge was her role as the RRTC’s artistic director.

“The first challenge was actually finding a play that would work in this format,” she said. “There wasn’t a lot to be had out there.”

But she got lucky. Couples piqued her interest, and the theatre company didn’t have to pay for the rights.

“The playwright was just offering it himself, free of charge,” Walsh said. “That was a little bit of an incentive. We didn’t know how this was going to work out. To lay out $500, $600, $700 for a play, which is kind of normal, during this time, didn’t seem like a good idea for this theatre company.”

It’s been a challenging few years for the RRTC. Their annual spring production has faced huge external issues three of the last four years. At least this year they get to have a spring production, if not the one originally planned for. Last year, the spring production was delayed by months due to extreme spring flooding, which turned their theatre at the NorthWind Wireless Fibre Centre in to the staging ground for the city’s flood relief and emergency services teams. The exact same thing happened to the spring production in 2017.

While Couples is not the production the RRTC planned for spring 2020, Walsh is happy to at least have one.

“What’s nice about this, as a producer, I don’t need a lead set designer, or set construction, or lead lights, or whatever,” she said. “I have less people I have to get together. All I had to do was put the call out and get the actors in and find a tech savvy stage manager, which we did through our web guy, Ivo Mokros. As producer, I felt this less challenging.”

Which was good. Producing was something Walsh had promised herself she would never do again after her first attempt with the RRTC.

“And I swore it would be the last time I would do it,” she said with a laugh. “It’s a very big job and a very hard job. It’s a big challenge and you have to have a very organized mind to get it all going. This one I found a lot easier from a producer’s point of view.”

But the process went well for Walsh.

“We had a great turn-out when it came to auditions,” Walsh said. “It was a hard choice. These actors really want to be involved in theatre. If they can’t do it on stage, they will come and do what we have to offer. And that’s why we really wanted to do it. We want to keep our members engaged.”

While rehearsals were all done remotely, in line with provincial emergency orders, the crew still was able to build camaraderie.

“Great fun,” Ballantine said. “That’s the summary. I can add scary because you want to get it right and dealing with the technical challenges. As Carolyn pointed out, yes, we don’t have to worry about getting someone to manage the lights, but I have to manage the lights of the person who is not in the same room as me. But great fun.”

“You don’t only have the director’s hat on, you’ve got the lighting hat on, the sound hat on, lots of hats for this production,” Walsh added.

“But we’re having all kinds of fun,” Ballantine said. “Rehearsals we laugh our way through. It’s fun.”

As for the technical aspects, it’s the first time either had to make a call on what kind of video-conferencing software they would use for a production. The team went with the software that has been made famous by the pandemic – Zoom.

“We chose this method because it has become the virtual conference of choice,” Ballantine said. “As a result of that, a lot of ordinary people who wouldn’t normally be using web-conferencing are already using the tool. It’s really easy to install and get going because it’s simple. Because of it’s popular appeal is why we chose it.”

“We’re hoping grandmas have already talked to their grandchildren on Zoom,” Walsh said.

The production will also be using closed captioning – for those with hearing issues and if there are bandwidth issues,” Ballantine said. “Something you can’t do in live theatre.”

Couples, written by Sean Grennan, is a roughly half-hour production revolving around a marriage counsellor and six of her clients. The play will be streamed live on June 11, June 12 and June 13 starting at 7 p.m. The RRTC production is free to watch but the company asks you register to participate and you can do so by clicking here.

After registering you will be sent a link by email which will take you to the Zoom conference to watch the production. While the RRTC’s performance of Couples is free, the theatre troupe will be accepting donations to the West Carleton Food Access Centre.

The originally planned spring production, The Great Kooshog Lake Hollis McCauley Fishing Derby, will be rescheduled to be performed at a later date. 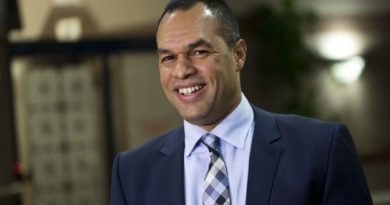