WEST CARLETON – Out and about, covering the Ward 5 beat, West Carleton Online passed through or avoided almost all the major work being done in the area.

Kinburn work is basically completed after a year and a bit of reconstruction as well as adding bicycle lanes, wider sidewalks and storm sewer work. The road was closed in June as storm sewers were replaced along Kinburn Side Road and Loggers Way.

It is one-way traffic only through Direlton on the Galetta Side Road for about a kilometre. Road resurfacing is occurring on the road between Ferry Road and Dunrobin Road but should be finished by the end of Friday (Aug. 3).

Resurfacing is also occurring on John Shaw Road this month, from Thomas Dolan Parkway for 1.5 km.

Many bridges in West Carleton are also receiving some TLC.

The Mississippi Bridge on old Hwy. 17 is closed as it is being replaced. The bridge will be closed, with detours in place until the end of summer, 2019. Peter Robinson Bridge, as reported yesterday, will be closed until mid-November.

Bridge rehabilitation on Galetta island has closed the road between Galetta Side Road and Riddledale Road. Construction began Aug. 1 and is scheduled until Oct. 31.

School closures extended to May 31 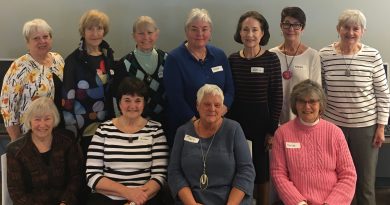