During the EOSHL’s inaugural season two years ago, the Rivermen (4 wins-2 losses-0 ties-1 overtime win-1 overtime loss) faced off against the Prowlers (4-2-0-0-2) in the leagues first playoff finals. The best of five series went to five games with the Prowlers winning the 2019-2020 EOSHL Championship in Kinburn.

That season there was only four teams in the league. Since then, now in its second season after a COVID-killed 2020-2021 season, and the league has tripled in size with teams in communities in eastern Ontario and western Quebec.

But one constant is the Rivermen and Prowlers are two of the league’s best. The Rivermen sit in second in the West Division five points behind the undefeated Smith Falls Rideaus (7-0-0-1-0). Their 11 points are good enough for third in the league. The Prowlers sit third in the East Division behind the North Dundas Rockets and the South Grenville Rangers.

The league hit the one-third mark of the season to kick off November, and the Rivermen are comfortably in a playoff spot. The top four from each six-team division make the playoffs, and the Rivermen are eight points ahead of fifth-place Deseronto Bulldogs (4-2-0-1-1). The Prowlers have a six-point cushion.

Saturday night’s grudge match at the Benson Centre in Cornwall was a shoot out with the teams blasting 97 shots at each other.

EOSHL 2019-2020 defenceman of the year Zack Rheaume led the Rivermen with one goal and three assists in the win. Rheaume, a Gloucester Centre native, now has nine points in seven games and sits second on the team in scoring behind Alex Hulford (5 goals-5 assists-10 points).

The Rivermen had to overcome a two-goal deficit early in the game, but did so before the first period ended. The West Carleton team playing in Arnprior had to overcome another deficit in the second but by the time the period ended had its first lead of the game. The Prowlers had their third lead of the game early in the third, but the Rivermen, with goalie pulled, tied the game with 1:01 left on a goal by Kingston’s Eric Lanciault. Former Arnprior Jr. B Packer Stephen Bird would win it for the Rivermen in overtime. It was the Deep River native’s second goal of the game. Stittsville’s Alex Hulford and Ottawa’s Sam McLaughlin also scored for the Rivermen.

An attendance of 223 enjoyed the game.

The Rivermen are back home at the Bert Hall Arena inside the Nick Smith Centre in Arnprior for a game against the Gananoque Islanders (2-3-0-0-1).

“This is our only home game in the month of November, and we would love to fill the seats,” the club released in a statement. “If we get more than 200 paid fans for the game we will select two lucky fans to each take home a $50 gift card to the Arnprior restaurant of their choice.”

Tickets at the door 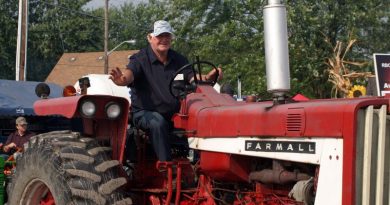 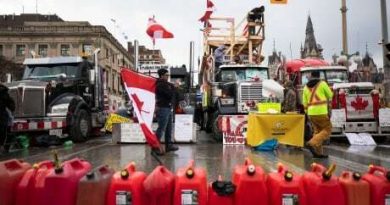 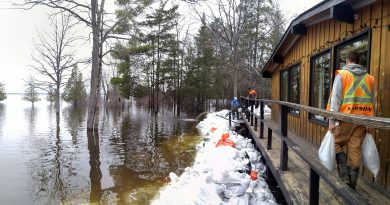 Saturday flood protest to end on The Hill