The numbers released from the Renfrew County and District Health Unit (RCDHU) Thursday show another large increase in testing. The local health unit says an additional 327 tests have been completed from what was reported the day before. The county has held drive-through testing at various locations for most of this week.

The last reported case of COVID-19 was reported on Thursday, May 28.

The RCDHU says when it comes to COVID-19 testing no news is good news. The health unit says it can take anywhere from two to 10 days for results to come back due to the increase in community clinics and long-term care testing.

Since including community clinics as part of their numbers, the local health unit has recorded 1,182 new tests in the past three-days. The RCDHU has also stopped including the number of people still waiting for test results to come back in the new information released.

The RCDHU reports 23 confirmed cases overall, 18 are considered resolved and one person has died from COVID-19. All four individuals who are listed as active cases are currently in self-isolation. The population of Renfrew County is roughly 102,394. 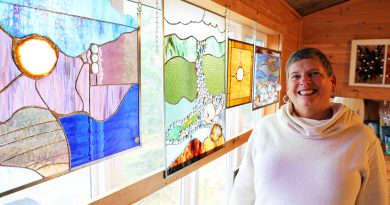 Red Trillium tour on this weekend