CARP – It won’t be Muscle Beach in Venice, California, but it will be a fitness park in Carp.

Community volunteer Kathy Fischer says it will be an opportunity for the community to have a place to exercise, train and do it in the beautiful outdoors.

“In 2014, I started thinking about this,” park organizer Kathy Fischer told West Carleton Online. “There are fitness parks all around the world.”

Fischer, who is also a member of the Diefenbooker Race organizing committee, says the benefits of a fitness park in the community of Carp will be far reaching.

“A lot of sports teams use them,” she said. “Seniors, the disabled, there are people who can’t afford gym memberships. If you position them right, parents can exercise while their kids play.”

The concept is simple, fitness parks are outdoor areas with specialized, hardy exercise equipment to give users a full workout. The park is fully accessible and will be built on the greenspace on Langstaff Drive across from the Huntley Curling Club.

“I just figured it’s a good addition to the area,” Fischer said. “We have hockey and soccer nearby, all kinds of people walking by.”

Fischer and her group made a proposal to City of Ottawa council in 2016 and were told the project had to be linked to a non-profit organization. That is when Carp Health Access added the project to its campaign and the city accepted the proposal in the winter of 2017. The city will pay for half the cost of the project.

That leaves the volunteers and Carp Health Access with $38,000 to raise, and the fundraising campaign has already been launched.

The group has raised $13,900 and has another fundraiser planned for Aug. 15. Paint the Cow will be an opportunity for people to donate to a good cause, hone their cow-painting skills and have a great time.

For more information on this project and to purchase tickets to Paint Nite, click here. 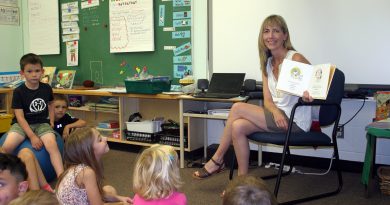 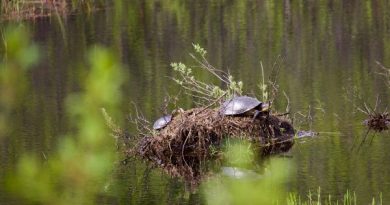 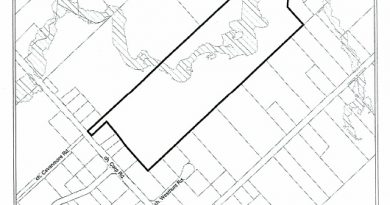