OTTAWA – The Ottawa Senators are raring to go as the new NHL season looks likely to kick off on Jan. 1, 2021.

Last season, the NHL was paused in March due to the growing health crisis around the world, and whilst it resumed and was subsequently completed in early fall, there was no indication of when the next season might start. The first, rather tentative date announced by league sources was Dec. 1 – a date that was later pushed back as the global situation failed to ease. Now, the intention seems to be a re-start on the cusp of the New Year.

Commissioner Gary Bettman told NHL Network  despite having intentions of starting this year, the new season is now likely to resume at the very start of 2021.

“I think it’s fairly clear that while Dec. 1 has always been a notional date, we’re focused on the fact we’re really looking now at Jan. 1 to start the season up,” Bettman said. “Our hope is to have a full season, full regular season, and to have fans in the building, but there are a lot of things that have to transpire, many of which, if not most of which, are beyond our control before we can finalize our plans.”

The NHL was just one of many high profile sports events and seasons lost in 2020. Minor hockey in Ottawa was affected, but the problems extended beyond Canada, and beyond North America. Many of the worlds’ biggest sporting events were lost, including much of the Formula One season, the Euro 2020 soccer tournament, and the Summer Olympics, reports Bwin Sports. 2021 promises to be packed with events though, as many have been pushed back making it a busy summer, should the situation ease.

That will result in many clubs, teams and athletes having to prepare either at short notice, something the Senators are more than ready for, according to the president of business operations Anthony LeBlanc.

“We’re excited,” LeBlanc told The Fan 590 in Toronto recently. “I can tell you as a longtime resident of Ottawa, there’s a buzz in this community about the Senators. The excitement about getting back on the ice is real. Everybody I talk to here is so excited about the team and what we’ll be able to do.”

The Senators have missed out on the playoffs for three consecutive seasons now, having last appeared in 2016-17 when they faced eventual Stanley Cup winners, the Pittsburgh Penguins in the Eastern Conference final, losing the series 4-3. Since then they have finished second bottom of the Eastern Conference twice, and bottom once in a terrible 2018-19 season.

Last year, only the Detroit Red Wings kept them off the bottom of the Atlantic Division, where nine points separated them and the Montreal Canadiens, who advanced to the Stanley Cup qualifying round. While the format in recent years has not been kind to coach D.J. Smith’s team, that may well change given the need for a potentially shorter season. The talk has been of a 48 to 56-game season, and the possibility of games being played outside of Ottawa, maybe in hubs located in Montreal, Winnipeg or Vancouver.

Whatever happens, plenty of changes have been made by the Senators over the last season, as they look to finally feature in the Stanley Cup playoffs once again. Armed with three first-round picks, it was claimed the Senators “stole the draft,”  acquiring Mannheim forward Tim Stuetzle at No. 3 overall; University of North Dakota defenceman Jake Sanderson at No. 5; and forward Ridly Greig of the Brandon Wheat Kings at No. 28.

That, in conjunction with goaltender Matt Murray’s trade from Pittsburgh Penguins, means there is hope and expectation going into the new season for the team. 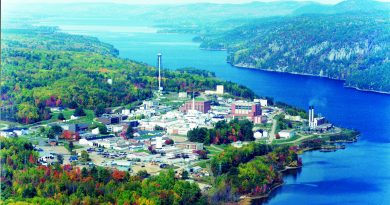 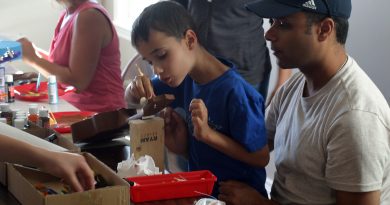