OTTAWA – Ottawa police have charged a 53-year-old resident who returned to work days after coming home from a vacation.

“On Oct. 2, The Ottawa Police Service (OPS) received a complaint concerning a woman that had disobeyed the Quarantine Act, the OPS released in a statement today (Oct. 15).

Information was received indicating that an Ottawa woman had travelled abroad.

“She returned to Canada on Sept. 26 and was required under the act to quarantine until Oct. 9,” the OPS said. “The woman decided not to respect this order and went to work on Sept. 30th at a long-term health facility in Ottawa. When management was apprised of the situation, she was immediately sent home.”

The facility immediately activated mitigating self isolation and cleaning protocols and informed all persons that had been in contact with the subject.

“To date, none of residents of this long term care facility have tested positive for COVID-19 as a result of this breach of the Quarantine Act requirements,” the OPS said.

A 53-year-old woman, of Ottawa was charged with:

Failing to comply with entry condition (Self isolate for 14 days) under section 58 of the Quarantine Act.

Cause risk of imminent death or serious bodily harm under section 67(1) of the Quarantine Act.

She will have her first court appearance on Nov. 24.

“The Ottawa police would like to remind the population the utmost importance of respecting the
Quarantine Act in order to protect public health and prevent the introduction and spread of communicable diseases,” the OPS said. “A breach of the Quarantine Act should be reported to the Ottawa Police.”

Non-compliance of the City of Ottawa Mandatory Mask Bylaw or Provincial Public Health measures and restriction such as gathering limits should be reported to the City of Ottawa By-Law Services (311). Anonymous tips can be submitted by calling Crime Stoppers toll-free at 1-800-222-8477, or crimestoppers.ca. 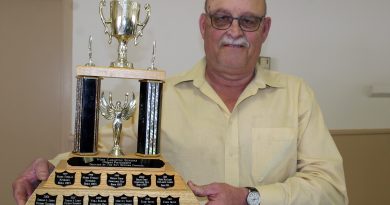