CONSTANCE BAY – End of summer, low water has the Ottawa Fire Services (OFS) on the water, rescuing boaters this weekend.

“The personal watercraft had been driven from Quyon earlier in the day and had broken down,” Constance Bay resident Gerry Jette told West Carleton Online. “The two women on board were seen to be in distress off the Sand Hills Light by a resident who alerted the authorities. There were no injuries, and the occupants were towed home.”

“OFS received a 911 call reporting (from the occupants) their sailboat was stuck on a shoal and was listing to the side,” OFS public information officer Nicholas DeFazio released in a statement today (Sept. 12) just after noon. “The two occupants were wearing personal floatation devices and were not in distress. OFS Water Rescue technicians responded and were able to free the sailboat using two water rescue boats.”

The sailboat returned to the Nepean Sailing club under its own power escorted by the water rescue team.

“OFS received a call auto-generated from Ottawa Police at 4:59 p.m. reporting a sailboat in distress near Aylmer Island,” DeFazio said. “The sailboat had become stuck among rocks in the river and was listing to one side. Ottawa fire Water Rescue teams launched their boats and made their way to the trapped sailboat. Unable to free the boat, Ottawa fire Water Rescue teams transported both occupants of the boat safely to shore. There are no reported injuries at this time.”

At almost the same time, in the same ward, this time near Britannia Beach, the OFS was back in the water helping a kite surfer.

“OFS received a 911 call at 4:36 p.m. indicating a kite surfer was experiencing trouble with their watercraft,” DeFazio said. “The operator was swimming in the water without a life jacket and trying to retrieve their equipment. Ottawa fire Water Rescue teams launched their boats and were able to assist the person. The swimmer was then safely brought to shore. There are no reported injuries at this time.” 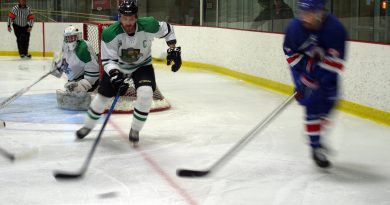