All occupants safely evacuated the unit. The first crew on scene confirmed heavy smoke conditions coming from the second-storey of a middle unit.

Crews engaged in a rapid-fire attack involving extinguishing the fire; verifying the fire had not spread to the attic space; and ventilating the structure.

Other firefighters were tasked with safely evacuating residents located in the adjoining units. The fire was confirmed under control at 10:58 a.m.

Crews continued to remove insulation, drywall and other materials in the units to ensure there was no additional fire spread. A loss stopped was recorded at 11:15 a.m. A fire investigator is on scene to determine the cause.

There are no reported injuries.

“We would like to thank our partners at the Salvation Army and Red Cross for assisting five adults who were impacted by this fire,” an OFS representative said. “We would like to take this opportunity to remind residents to safely evacuate their home when there are signs of smoke, no matter the color, place your call from outside the structure where it is safe to do so.  Also, when evacuating a structure, please close doors behind you. This simple strategy can help limit fire spread and growth.”

Be safe when Ottawa Fire Services crews are operating in your area. The best practice is to remain off the roads and at a safe distance from the fire scene or in your home.

Willow: Being well in the holidays

STEP to focus on pedestrian safety and roundabouts 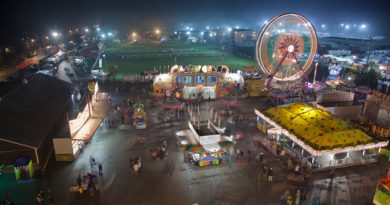