Passed away peacefully at the Ottawa Hospital Civic Campus Sunday September 2, 2018 following a short illness.  Rosemary Cooke of Arnprior at the age of 88.  Beloved wife of the late James Anderson Cooke.  Loving mother of Ted Dunham of Arizona and Robyne Gilmour of Cobden.  Much loved grandmother of Rachel, John-Morgan and Maddison and cherished great-grandmother of Elle.  Predeceased by brother John MacGregor (Katie) and sisters Margaret McKinstry and Jean Lippincott (Stuart).  Daughter of the late Allan and Irene (Givens) MacGregor.  Rosemary worked as a court reporter for the Ontario Courts as well as volunteered her time with the Arnprior Hospital Auxiliary.  Her radiant smile and genuine kindness will be missed.  Arrangements by the Boyce Funeral Home Ltd., 138 Daniel Street North, Arnprior.  Visitation Thursday September 6, 2018 from 12 noon until time of service at 1:00 p.m. in the Boyce Chapel.  Interment to follow at Thompson Hill Cemetery, Renfrew.  In memory of Rosemary, a donation to the Arnprior Regional Health (ARH) Auxiliary would be appreciated.

Galleta Community Association getting back to work 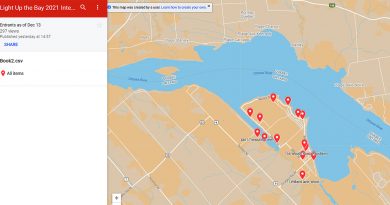 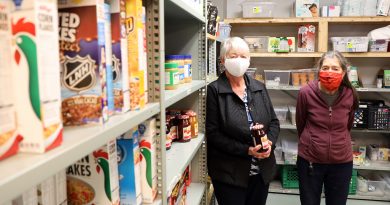