Cornelia Pearl Greenhous (Neufeld) was born in the small prairie town of Waldheim, Saskatchewan to Hulda and John B. Neufeld. Growing up in the shadow of the Great Depression with her sister and brothers (Mavis, Harvey and James), she led a simple but rich life as they followed their schoolteacher father from Waldheim to Hague to Hepburn, SK with God, family, education and music (piano) serving as her four pillars. Once the long prairie summers days passed into fall, Pearl would apply herself at school (it wasn’t really an option not to when your father was the principal!), and upon graduating high school she attended the Saskatoon City Hospital School of Nursing, graduating in 1956. She spent a few years as a nursing instructor but eventually headed east to Ontario, where she continued to work for the benefit of others at the Children’s Aid Society. While in Ontario, she met her future husband, Brereton (Ben) Greenhous, and they married in 1968, eventually settling in the Glebe in Ottawa. In 1972 they welcomed their only child, Carl. Pearl selflessly devoted herself to him, but still managed to find time to volunteer at Mutchmor and First Avenue schools, teach piano to neighbourhood children, and tolerate a never-ending line of Bull Terrier dogs that her husband (and son) were so fond of. She was enormously proud of her son, and through him came to love hockey, attending as many of his games as she could over the years and eventually becoming a devoted Ottawa Senators fan who was always happy to talk about last night’s game. After Ben retired, they moved to Arnprior where together they enjoyed the friendliness of a small town and the slower pace of life. Pearl became an active member of Emmanuel Anglican Church, and after Ben’s passing, drew strength from the friendships that she had built there over the last 20 years. She also found pleasure as a regular at PJ’s, the Antrim Truck Stop and Steve & Denny’s and enjoyed the simple yet heartfelt conversation that her lunch and dinner visits provided. Pearl will be deeply missed by Carl, his wife Andrea Gregoire and their kids Olivia and Aidan Gregoire, her family (near and far), and her many friends who will always remember her warm smile and generous heart.  Friends are invited to join Pearl’s family during visitation Friday August 10, 2018 at the Boyce Funeral Home Ltd, 138 Daniel Street North, Arnprior from 5:00 – 7:00 p.m.  Funeral Service will be conducted Saturday August 11, 2018 at the Emmanuel Anglican Church in Arnprior at 11:00 a.m.   An interment will take place at the Arnprior Albert Street Cemetery at a later date.  In memory of Pearl, please consider a donation to Emmanuel Anglican Church in Arnprior. 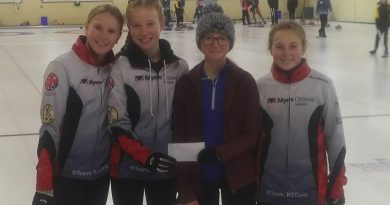 Snowshoeing under the WC stars 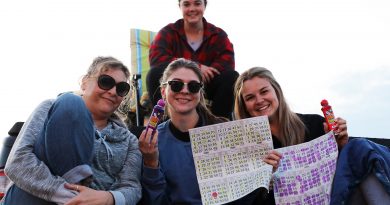