It is with deep sadness that we announce the sudden passing of Clifford William Grassie (“Cliff”) on August 19, 2021, in his 90th year. Beloved husband of Bev for 68 years. Devoted father to Steve (Cheryl) and Wayne (Jill), adoring grandfather to Ryan (Leah), Jeff (Erin), Michael (Rowan), and Sean (Sara), and doting great-grandfather to Ashton and Oliver. Predeceased by his beloved parents William and Dorothy (Champion) Grassie.

Cliff was the former General Manager of Canada Brick – Ottawa, where he and Bev made countless friends during a career that spanned over 35 years. Cliff’s career was capped off with a memorable retirement party in 1999, which featured a limousine ride with Bev and his four grandsons.

Born and raised in Montréal, Cliff had a lifelong love affair with hockey. As a young man, he played for the Outremont Zeroes and for his high school team at Guy Drummond. After spending time in Windsor, Ontario, Cliff and family settled in Ottawa, where he would become one of the first and most loyal fans of the newly-minted Ottawa Senators (and later, his grandchildren’s minor hockey teams). In his home office, Cliff displayed with pride his framed ticket to the inaugural Senators home game at the Civic Centre in 1992. Since then, as a long-time season ticket holder and arm-chair coach/GM, he hardly ever missed a game. Cliff’s passion for the team will live on through three generations of Sens fans in the Grassie family.

But not even hockey could get in the way of Cliff’s dedication to his family. He was an exemplary husband, father, grandfather, and great-grandfather – a true role model. Cliff leaves behind a legacy of love and integrity for us all to aspire to. The family fondly remembers Cliff’s legendary wit, selflessness, and sense of humour. Memories made around the family dinner table, at Ralphie’s Diner, and on the shores of Daytona Beach will be cherished forever.

The family would like to thank the Carp Commons Retirement Village for their care and support. Due to COVID-19 restrictions, a private Celebration of Life will take place. In lieu of flowers, the family requests that donations be made to the Ottawa-Gatineau Youth Foundation (formerly the Ottawa Senators Foundation).

Condolences and tributes may be shared at https://www.tributearchive.com/obituaries/22098384/clifford-william-grassie/wall. 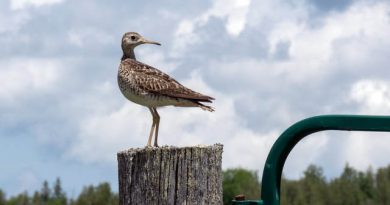