WEST CARLETON – On Nov. 4, the National Farms Union-Ontario (NFU-O) Livestock committee, comprised of boardmembers, staff and members, met with Minister of Agriculture, Food and Rural Affairs Ernie Hardeman to share the results of a survey of provincially-licensed abattoirs regarding their ability to increase processing capacity.

“Provincially-licensed abattoirs are key to the prosperity of small farmers and create affluence in rural communities. They are a key component of Ontario’s economy,” NFU-O President Don Ciparis said.

Tim Dowling, chair of the NFU’s Livestock committee and beef farmer said, “despite the huge increase in demand due to COVID-19, the abattoir system is not set up to take on the growth. Some farmers are having to wait months for a kill date, which is a lost opportunity for the farmer.”

“We recognize the huge importance of provincially-licensed abattoirs to Ontario’s economy and the overall strength of our food supply,” Hardeman said. “I want to thank the NFU-O for meeting with me to discuss industry priorities and how we can further support our province’s abattoirs at this critical time.”

The NFU-O’s survey found there were three major factors in the lack of capacity at provincially certified abattoirs. Labour shortages and an absence of successors were raised by 83 per cent of respondents. Numerous abattoirs also indicated both the lack of additional inspectors as well as the dynamic between inspectors and plants slowed down or reduced processing capacity at their abattoir.

“The NFU-O supports food safety, and we want to work with OMAFRA to look at how we can address the slowdown caused by regulations while maintaining Ontario’s reputation for food safety,” she said.

The NFU-O appreciates the minister’s interest in supporting a vibrant abattoir industry and looks forward to working with him to make this happen. 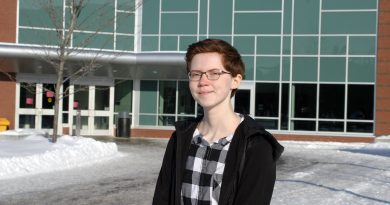