ONTARIO – Kanata-Carleton MPP Dr. Merrilee Fullerton along with Ontario’s top doctor and the minister of health will appear before a commission examining how COVID-19 spread in the province’s long-term care system.

The offices for both Health Minister Christine Elliott and Long-term Care Minister Dr. Merrilee Fullerton confirmed they will be interviewed by the commission in the coming weeks.

A spokeswoman for Ontario’s chief medical officer of health, Dr. David Williams, says he, too, will appear before the commission, but a date has not yet been set.

The commission, which was announced by the province last summer, is expected to submit its final report on April 30. The province denied a request last month from the three-person commission to extend its work until Dec. 31.

The province says as of Monday, 3,614 long-term care residents have died in Ontario since the start of the pandemic. 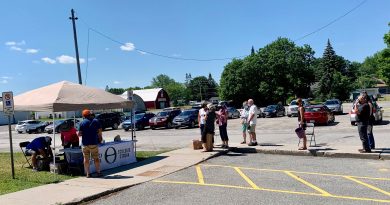