WEST CARLETON – A couple of weeks ago it was revealed the federal government was looking at a proposal that could potentialyl claw back Internet service to rural Ottawa.

“I want to tell our rural community, there is no way we’re going to make a decision that leaves them worse off,” McCrimmon told West Carleton Online on Sept. 26.

The proposal to re-align spectrum allowances has been under consideration by Innovation, Science and Economic Development Canada (ISED) since last spring. The proposal was considering taking broadband spectrum used by rural wireless providers and auctioning it off for 5G wireless that would be used mainly in larger urban centres. The technology could assist in accommodating innovations such as self-driving cars.

Public consultations on the spectrum auction concluded mid-August. Rural Internet provider Xplornet was a strong opponent to the proposal.

“Since there are no alternative spectrum bands available to which Xplornet and other providers can move their rural customers, the result of the options proposed will mean the reduction or disconnection of service to 200,000 or more rural households, with Xplornet alone forfeiting between 25 to 66 per cent of its spectrum in the 3500 MHz band,” the company wrote in its opposition. “This will leave rural Canadians, who currently lack other options, with less robust Internet services and force them to once again be left behind in the digital economy.”

Many West Carleton residents rely on Xplornet and other rural providers for their Internet service.

Xplornet’s vice president of communications James Maunder spoke with West Carleton Online on Sept. 19 and said this would have a direct impact on those customers.

“It will, it will,” he said. “Under the two options presented, Xplornet and companies like us stand to lose one-quarter to two-thirds of the spectrum we now have. We start ‘where the wire ends’ we say. As a rural service provider, we depend on it to serve our rural customers.”

Maunder said his company serves more than 350,000 customers nationally, “all rural.” If the proposal is accepted, he says, 200,000 of their customers will be affected.

“It’s a significant threat,” Maunder said. “We’re in conversation with ISED and discussing options that would change the impact to rural. We would be giving some spectrum away. We think it’s a fair proposal.”

Negotiations are still ongoing Maunder says with no deadline imposed yet.

“We’re not sure but we think a decision will come in fall,” Maunder said adding it’s up to the Government of Canada courts to decide the timeline.

In the meantime, Maunder says it’s Xplornet’s job to “continue to make people aware of the issue.”

Maunder says a decision like this will impact “how much worse the rural-urban divide will become,” if approved.

McCrimmon says the negotiations are ongoing and rural residents don’t need to worry about reduced service.

“What they’re trying to do is find the spectrum balance that serves the most customers,” she said. “There’s a big chunk not used. I talked to the minister (Navdeep Bains) directly and he says ‘he gets it.’ The big telecommunication companies have spectrum they’re not using. Last spring the committee brought forward a ‘use it or lose it’ proposal. Hopefully this will be a win-win.”

A win-win is important to McCrimmon. While a chunk of her riding is rural West Carleton, another chunk is Kanata North – the hi tech hub of Canada. McCrimmon says a lot of the ongoing conversation is negotiations and negotiation tactics.

“We’re not going to leave rural Canadians with worse service,” she said. “If the big tel-co’s want that spectrum, they’re going to have to come up with a better solution.”

Stonecrest Road resident and past president of the Carleton Landowner Association says the provincial body is keeping a keen eye on the negotiations as well.

“The Ontario Landowners Association has been following the federal government’s 5G wireless project for some months now,” she told West Carleton Online.

Not just because of a potential claw back of services, but for other reasons as well.

“There is concern about the impact on health from wireless technologies like 5G, things like microwave radiation,” Dolan said. “That’s why we have invited Dr. Sheena Symington as our guest speaker for our Annual General Meeting in October to speak about 5G and our health.”

Service quality is a growing concern as well.

“The claw back of Internet service for rural areas with the introduction of 5G technology raises another aspect that is very worrisome,” Dolan said. “Rural individuals and businesses are already living with Internet service that is below the standard of what is available in urban areas and to see our service degraded even more or not available at all would be devastating. We need more information on this project sooner rather than later.”

To read what the Ward 5 candidates for the Oct. 22 municipal election think about Internet service in West Carleton, click here. 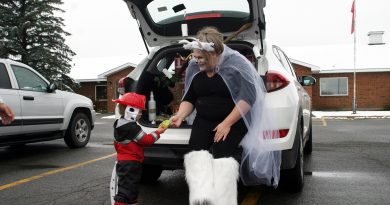 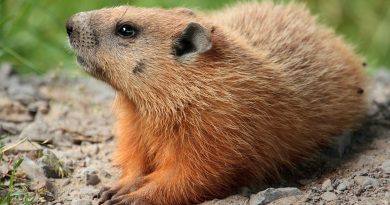 Diefenbunker groundhog gets a name 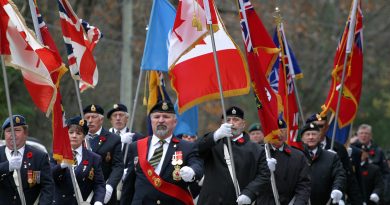