KANATA – An injured moose caused traffic issues for many on their commute to work this morning.

Delays of around 40 minutes were reported due to the moose on the loose.

A Ministry of Natural Resources said the professionals on scene including a veterinarian determined the moose was too injured to be saved and decided euthanizing the moose was the best course of action for public safety.

The moose’s remains will be donated to members of a local indigenous community. 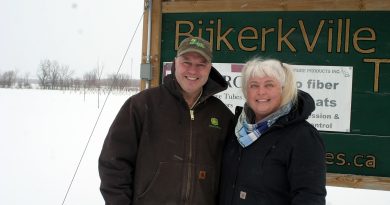