OTTAWA – Ottawa Public Health (OPH) is reporting two more local deaths related to COVID-19, but just 21 more cases of the virus in the community as of Thursday, May 7.

It’s the second day in a row in which the health agency has confirmed 21 new cases after having seen spikes in both reported cases and deaths earlier in the week.

Overall, there have been 1,579 lab-confirmed cases of COVID-19 and 141 related deaths in Ottawa as of Thursday afternoon. OPH did not include recoveries in its most recent report, but Wednesday’s figures showed 59 per cent of cases had been resolved.

There have been outbreaks of the coronavirus in 24 local institutions. OPH is still working on a new reporting system for those institutions, so its most recent breakdown of cases inside of local long-term care and retirement residences dates back to April 29.

The program covers 75 per cent of worker pay up to $847 a week to try to help employers keep employees on the job in the face of steep declines in revenue due to the COVID-19 pandemic.

In an announcement in Ottawa, Trudeau said more details on the extension will come next week.

The Canadian economy lost almost two million jobs in April, a record high, as the closure of non-essential services to slow the spread of COVID-19 forced businesses to shutter temporarily.

The loss of 1,993,800 comes on top of more than one million jobs lost in March, and millions more having their hours and incomes slashed.

It was the second-highest unemployment rate on record as job losses spread beyond the service sector to include construction and manufacturing.

Economists on average expected the loss of four million jobs and an unemployment rate of 18 per cent, according to financial markets data firm Refinitiv.

The unemployment rate would have been 17.8 per cent had the agency’s labour force survey counted among the unemployed the 1.1 million who stopped looking for work — likely because the COVID-19 economic shutdown has limited job opportunities.

In all, more than one-third of the labour force didn’t work or had reduced hours in April, an “underutilization rate” that was more than three times higher than in February before the pandemic struck.

“Canadians should be confident that we will do whatever we can to ensure that their jobs are safe as we continue to fight the global COVID-19 outbreak,” a trio of federal cabinet ministers released in a joint statement. “As provinces and territories begin to lift restrictions and our government continues to take steps towards economic recovery, we will be there for Canadians.”

Vulnerable workers who tend to have part-time or temporary work, or in low-paying jobs have been particularly impacted with heavy job losses. Women have seen larger job losses overall, but the number of men out of work in April closed the gender gap in cumulative unemployment losses.

Nearly all the job losses for men since February were in full-time work, compared to 69.9 per cent for women.

“This, combined with the different industries in which men and women have lost their jobs — for example, more job losses among men have been in construction, and fewer have been in retail trade — signals that the challenges associated with recovering from the COVID-19 economic shutdown may be different for women and men,” the labour force survey says.

In March, health restrictions forced the closure of non-essential businesses, leading to layoffs and cuts in work hours as companies tried to manage costs without enough or any revenue coming in.

Smaller companies — defined as those with less than 20 employees — have shed 30.8 per cent of their workers, medium-sized firms have let 25.1 per cent of workers go, and large companies have seen employment decline by 12.6 per cent.

Hard-hit sectors at the outset include retail, hotels, restaurants and bars, which continued to see losses in April. The losses in the service sector continued in April, down 1.4 million or 9.6 per cent, Statistics Canada says.

Proportionally, the losses were greater in goods-producing sectors like construction and manufacturing, which combined lost 621,000 jobs for a drop of 15.8 per cent after being virtually unchanged in March.

OTTAWA – The Canadian Tulip Festival kicks off for another season, but due to COVID-19 its offering all of its luscious views and more online.

The fest is celebrating its 68th edition, starting today (May 8) and the 75th Anniversary of the gift of tulips from the Netherlands after Canada helped liberate it in the Second World War.

Events will run until May 18.

Visitors to tulipfestival.ca can expect to see:

Residents and visitors are invited to follow along on social media as well to see daily garden check-ins, live on Facebook, as well as participate in other interactive activities.

Every $25 donation will be entered into a draw for a chance to WIN an All-Access 3-Day Weekend at the 20201 Tulip Festival, with VIA Rail and The Hilton Garden Inn Downtown Ottawa.

ORLÉANS – An employee at Madonna Care Community in Orléans is dead after contracting COVID-19.

“We are very saddened to announce the passing of a valued team member at Madonna Care Community in Orleans,” reads a statement from the home, Thursday. “He was a loved and respected team member and will be missed by his colleagues and the residents he cared for. We extend our deepest condolences to his family, loved ones, and colleagues on behalf of everyone at Madonna.”

The most recent figures from Madonna Care Community, released May 4, showed 45 residents were still COVID-19-positive.

Food Bank use increases 15 per cent

OTTAWA – The Ottawa Food Bank has seen a 15 per cent increase in new users since the COVID-19 pandemic began in March.

The bank also saw an almost 600 per cent increase in calls from people who required food assistance. The food bank made 172 deliveries to people who couldn’t come to them, due to self-isolation measures.  In a five-week period from March 13 to April 22, over 665,000 lbs of food was distributed to those in need. 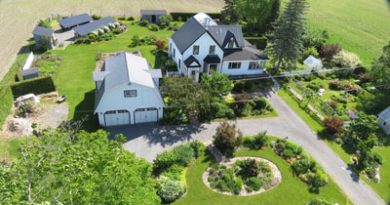 Kinburn a stop on GEDO tour