CARP – Eight-year-old ballerina Sylvie Massé will be making her National Art Centre (NAC) debut tomorrow in the Royal Winnipeg Ballet’s production of the holiday classic The Nutcracker from Dec. 4 to Dec. 8.

Carp’s Sylvie started dancing ballet at the tender age of two and practices at the Arise School of Dance. Along with the talented artists of the Royal Winnipeg Ballet, dozens of young dancers from the Ottawa-Gatineau area are featured in the production following an audition process held earlier in fall.

Sylvie was one of about 35 chosen out of 250 who tried out for parts.

Founded in 1939, the Royal Winnipeg Ballet holds the double distinction of being Canada’s premier ballet company and one of the oldest ballet companies in North America.

“It was the biggest group they ever had,” proud mom Melissa told West Carleton Online last week (Nov. 27). “She was in a room with 150 other dancers. She was in a line-up with 10 other ballerinas; they were taught a little choreography; and then they had to do it back.”

It was touch and go if they were even going to make the audition.

“She was sick the night before,” Melissa said. “We got up and I asked her if she wanted to go. I told her it was a one-in-a-lifetime opportunity but we were just going to have fun – Sylvie had never tried out for any dance before. She was a total rock star.”

And now Sylvie is a polar bear – one of about eight in the cast. The very tall Sylvie will perform in four of the eight shows held over the five days.

“It’s pretty easy as a polar bear,” Melissa said. “Being tall was a prerequisite. She gets to do anything a baby polar bear would do. She will playfully move across the stage in 16 counts.”

While Sylvie is very shy when it comes to doing media interviews, she has no fear when performing.

“Since two, she’s been dancing like crazy,” Melissa said. “It makes her smile when she’s dancing. She dances here at the house all the time. She’s always loved dancing. Most evening she likes to do to a little performance for us.”

Sylvie also practices jazz and contemporary dancing. She practices four hours a week at Aspire which includes a three-hour day of dance on Saturdays.

Sylvie hasn’t seen the costume as of the interview, but probably has by the time of this writing (11 a.m., Dec. 3). Today is going to be a “pretty grueling” day.

The choreographer is with the ballet company and arrived on Sunday (Dec. 1) for the first practice. There was practice yesterday and today (Tuesday) work goes from 1 p.m. to 10 p.m. There are two casts and eight shows From Wednesday to Sunday.

Sylvie’s family will be well represented in the audience along with her parents and brother she has grandparents, an aunt and uncle and cousins coming to see the show.

“Based on The Nutcracker and the Mouse King by German storyteller E.T.A. Hoffmann, the Royal Winnipeg Ballet’s Nutcracker is a Canadian reimagining of the 1892 original,” Royal Winnipeg Ballet’s artistic director André Lewis said. “Featuring a setting inspired by an estate on Winnipeg’s Wellington Crescent, an outdoor hockey game, dancing snowflakes, a battle on the steps of Parliament Hill, and much more, Nutcracker evokes a familiar Canadian winter experience while maintaining the rich flavour of the story’s German and Russian heritage.” 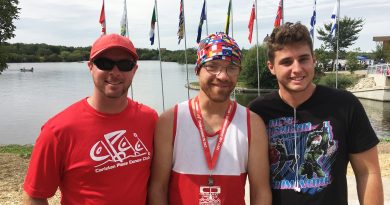 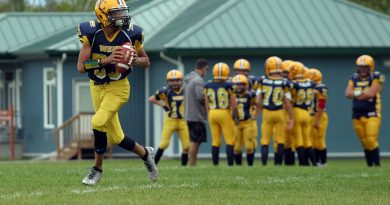