The championship is three rounds of golf hosted at the Carleton Golf and Country Club, the Gatineau Golf Club and the final round at Eagle Creek Golf Club. Freda shot a blistering opening round of 71 followed up with a second round 72. He held on to the victory with a final round of 78 at Eagle Creek to clinch the one-shot victory.

Freda also competed in the OVGA Senior Championships held at the Sand Point Golf Club and finished in fifth place.

Bill Descoteaux and Jon Freda were the A flight winners followed by Dave Babineau and Ray Kulchyski in B flight.

The Madawaska Golf Club sponsored the July 5 Men’s Day. Curtis Proulx and Bob Carty were the A flight winners.

The Downtown Barber in Arnprior sponsored Men’s Day on July 12.

Men’s Day on July 19 was sponsored by The Madawaska Men’s Club. Jon Freda and Gary Grainger were the A flight winners followed by Chad Brennan and Bill Descoteaux in B flight. Gary Wall and Kevin Turcotte were the C flight winners followed by Keith Runtz and Mark Murdoch in D flight. The long drivers were Curtis Proulx and Jon Bennett. Hal Grainger and Jon Bennett were the closest to the pin winners and Ken Ledgerwood was the long putter

Mel’s Flowers in Arnprior sponsored Men’s Day on July 26. Bob Carty and Kevin Ryan were the A flight winners followed by Hal Grainger and Lloyd Powell in B flight.  Dan Kennedy and Gary Wall were the C flight winners and Andrew Reid and Mark L’Abbe were the D flight low shooters for the day. Frank Pecora and Keith Runtz were the long drivers and Jack Killeen and Keith Runtz were the closest to the pin for the day. Chad Brennan had the long putt. 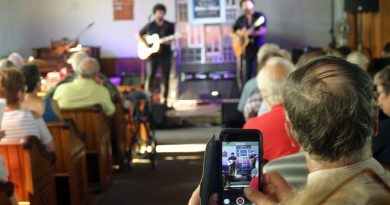 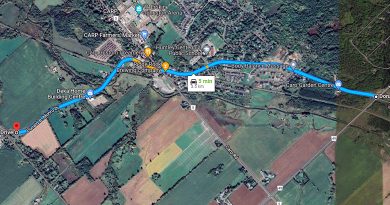 Donald B. Munro Drive resurfacing to begin May