The numbers bring Ottawa’s total cases count to 12,929, according to the Ontario government. There are 37 people in hospital with the virus, six of which are in intensive care. OPH isn’t reporting any new deaths today, keeping the death toll at 419. Active COVID-19 cases are at 939, down from the 988 reported on Saturday. Resolved cases in the city now stand at 11,571.

One new outbreak is being reported in a healthcare institution, bringing that total number of active outbreaks to 34. Meanwhile, two additional outbreaks have been declared in the community, meaning there are now eight active outbreaks.

Ottawa Remains in the red zone.

The Ontario government is reporting 2,417 cases today — up more than two per cent since yesterday.

Today’s provincial numbers bring Ontario’s total number of cases since the pandemic started over the 255,000 threshold (255,002, to be exact).

Nationally, Canada is confirming 742,531 total cases since the pandemic started, according to the Government of Canada. Ontario’s number of total cases account for about 34 per cent of Canada’s overall total.

This is the fifth day Ontario has reported new cases numbers in the 2,000s.

That means the four to seven cohort accounts for almost 7.5 per cent of the day’s reported cases.

There are also 50 new deaths in Ontario, bringing the total death toll to 5,803.

The Eastern Ontario Health Unit reports 15 new cases, which is down from the 29 reported yesterday.

There were also 48,947 tests completed by the Ontario government since Saturday — which works out to about a 23 per cent drop in tests since Saturday’s report.

The positivity rate of the province now stands at 4.2 per cent.

Bathe in the Morris Island forests 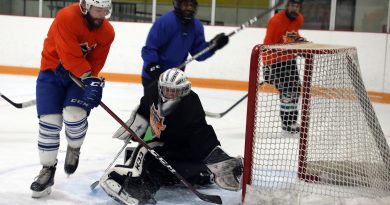