CARP – The holiday season is in the rear-view mirror, but if you take a peek right now you will see the winners of the Village of Carp Business Improvement Area (BIA) Light up the Village competition in the not too distant past.

Last October West Carleton Online partnered with the BIA to launch the Light up the Village competition – a friendly holiday season decorating competition. The contest featured two divisions – a residential and a commercial business division.

Today (Jan. 21), we are proud to announce the winners of the two divisions. The winner of the commercial division of the Light up the Village competition is the Ridge Rock Brewing Company that not only lit up their popular brewery and pub, but also had an actual Christmas tree right out the front door.

Hidden Crescent resident John Genova is the winner of the residential division. West Carleton Online had the opportunity to speak with Genova about his decorating prowess.

“On behalf of the board of the Village of Carp BIA, thanks again for your efforts to make our village cheerful during this past Christmas season,” BIA executive director Jennifer Stewart said.

Genova and family moved to Hidden Lake in 2003 in a home they built.

“We usually go all out with Christmas lights and decorations,” Genova said. “I’ve always liked putting up lights even as a kid. We put lights in the window of our first apartment in Montreal when we got married and it kept growing as we moved. We prefer lights as opposed to those blow-up decorations.”

While the Genova family was happy to take part in the competition, they didn’t amp up the decorating process because they were in a competition.

“Not really, we always are adding to my collection,” Genova said. “This year we added a couple of porch trees and new icicles. Also, last summer we added permanent lighting from Celebright, a local company.  We keep evolving from incandescent at the start to smart LED wi-fi lights now.”

Decorating their house is not a one-day job.

“Since we are retired, we are not rushed to get them up, so, we worked on them, on and off, over about four days depending on the weather and when we bought the new lights,” Genova said. “There are 430 permanent lights, and I would estimate we put up at least another 1,500 or so (counting each LED in a decoration, like 10 in an icicle). We only use colour LEDs versus white and have been known to replace strings of white with strings of coloured lights in our pre-lit wreath and potted trees. We also like using animated colour changing lights.”

Unfortunately, for residents who missed the Genova’s amazing display, it’s too late now.

“We still have the permanent lights on but unless the lights are buried in snow, I’ve put away the rest,” he said.

“Back in 2012, the kids on the street created a contest for the best lights,” Genova said. “We won that. It was a trophy called the Golden Rudolph.”

Unfortunately, that was the only year of the Golden Rudolph. Fortunately though, the Light up the Village competition is expected to be held again next year. 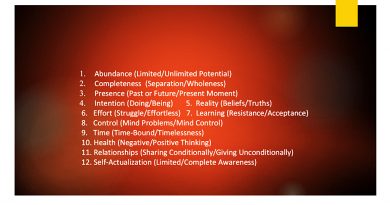