LANARK COUNTY – It was a significant jump in calls for Lanark County Detachment Ontario Provincial Police (OPP) constables this week as the stress of a roughly six-week pandemic lockdown takes its toll on the mental health of those at risk.

“Officers from the Carleton Place OPP were dispatched to a residence in Beckwith Township on April 25 after 1 a.m. regarding a domestic assault,” community safety/ media relations officer Const. Lori Lobinowich released in a statement today (April 28). “Officers attended and conducted their investigation which resulted in the arrest and charge of one of the residents for domestic assault and mischief.”

The victim suffered minor injuries from the assault and the accused was later released from custody on an undertaking with a scheduled court date of June 15, at the Ontario Court of Justice in Perth. The name of the accused cannot be identified in order to protect the victim.

“A 43-year-old resident of Ottawa was arrested in the City of Ottawa on April 20, just after 9 p.m. on the strength of two outstanding warrants; one for being unlawfully in a dwelling house (May 13, 2019) and one for failing to appear in court (May 19, 2019),” Lobinowich said. “The charges from Lanark County OPP are in relation to a domestic incident in the Village of Lanark reported to police in June of 2019.”

The accused was held in custody pending a bail hearing at the Ontario Court of Justice in Perth regarding the warrants and the original domestic assault and Fail to Comply with Undertaking charges.

“Officers from the Carleton Place OPP were called to a business on Industrial Drive in Mississippi Mills Township on April 20, just before 12:30 a.m. regarding a break-in and theft from the property and vehicles in the lot,” Lobinowich said. “It is reported approximately $10,000 worth of car parts was stolen from the numerous vehicles which were entered and damaged. Anyone with information regarding this incident or the whereabouts of the missing property is asked to contact police at 1-888-310-1122 or Crime Stoppers at 1-800-222-TIPS.”

Lanark County OPP were called to a property on Old Mine Road in Tay Valley Township on April 26, around 1:00 p.m. regarding a break-in and theft sometime between March 29 and April 26.

“Several items were reported stolen including the property’s power source, a 10,000-watt generator and also a plasma cutter,” Lobinowich said. “The combined value of the stolen items is approximated between $17,000 and $24,000. Anyone with information regarding this incident or the whereabouts of the missing property is asked to contact police at 1-888-310-1122 or Crime Stoppers at 1-800-222-TIPS.”

“A 20-year-old resident of McNabe-Braeside Township, was warned after several calls to the Carleton Place OPP regarding stolen road signs in the area of Clayton Road in Mississippi Mills Township on April 20 and 21,” Lobinowich said. “Thanks to several observant citizens who were able to provide the correct licence plate number, the sign stealer was identified, and the signs returned.”

The OPP investigate three cases of mischief and four frauds.

There were seven reportable motor vehicle collisions (MVC) over the last week including one car/dear MVC, one MVC in a parking lot and one MVC involving a ditch. There were two impaired driving charges.

While conducting foot patrol in the vicinity of Harvey and Drummond Streets in the Town of Perth on April 20, 2020 just before 11 p.m., officers from the Lanark County OPP heard a collision and saw smoke behind them on Harvey Street,” Lobinowich said. “The subsequent investigation revealed there to have been a collision with a large truck and trailer into parked vehicles. The truck driver, Joshua Syme, age 26 of Carleton Place, who sustained minor injuries from the collision, was arrested and charged with impaired operation and impaired operation – over 80.”

The accused was released from custody on an appearance notice with a scheduled court date of June 22, at the Ontario Court of Justice in Perth.

A 45-year-old driver from Ottawa, Ontario was charged with disobey stop sign on April 21, just before 8 a.m. after the vehicle they were driving ended up in a ditch on Armstrong Line in Tay Valley Township. There were no reported injuries from the collision.

A single vehicle collision (motorcycle) on Roger Stevens Drive in Montague Township, April 25, 2020 at 7:30 p.m. resulted in minor injuries to the driver and a three-day driver’s licence suspension and other provincial offences for the 31-year-old driver, a resident of Montague Township.

A routine traffic stop while on patrol in the Village of Lanark on April 22 just before 8:30 p.m., resulted in the arrest and charge of the driver, John Cameron, age 51, of Lanark Highlands Township, for operation while impaired – over 80 as well as for driving while under suspension.

“The accused’s driver’s licence was suspended for 90 days and his vehicle impounded for seven days,” Lobinowich said. “Release was in the form of an appearance notice regarding the impaired charge with a scheduled court day of July 6, at the Ontario Court of Justice in Perth. A summons was issued regarding the HTA offence.” 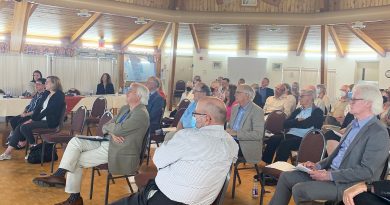 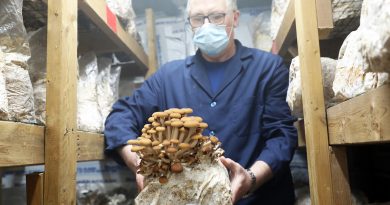